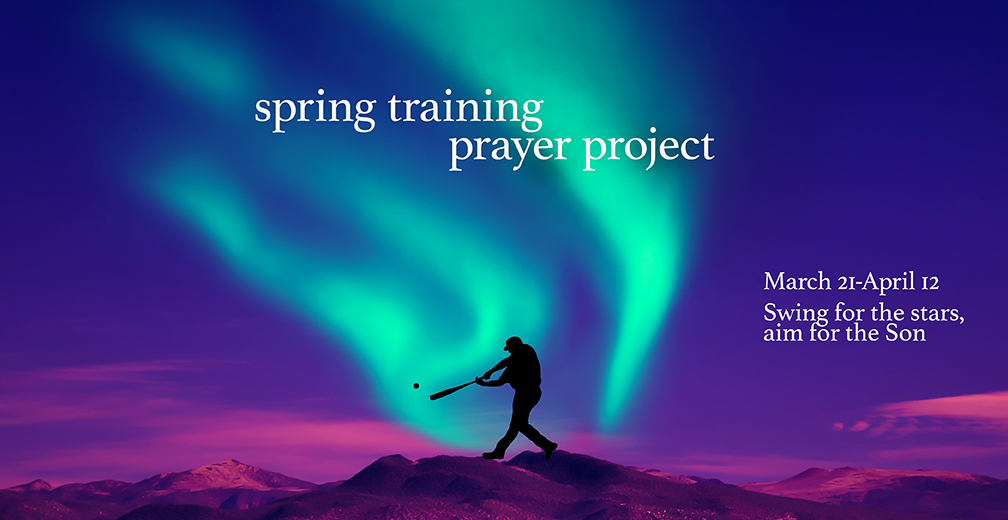 YOLANDA MCCUNE ON CALL TONIGHT! 9pm EST. Veteran apostolic leader Dr. Yolanda McCune will be sharing “hot off the press” revelation to catalyze personal and strategic-level breakthrough this Passover. Conference call number: 641-715-3605 access code 552-690. Use *6 to mute/unmute. Invite your friends to join us.

DEAR FREQUENCY FORERUNNERS,
First—Please join us tonight as we welcome Yolanda McCune to share breakthrough revelation she has recently received from the Lord on this. When I asked Yolanda to share yesterday, she replied that she had already cancelled her other plans for the evening so she could begin preparing a passover meal for her family and friends. Amazingly, she agreed to share with us her message—on unleashing the power of Christ’s forgiveness—while preparing her meal! In a very real way, we get to partake of this meal tonight. Can’t make this stuff up!

Second—thanks to all who wrote and encouraged us regarding yesterday’s posting. The dream about taking the land is one of the most important prophetic experiences I have received, and it’s become obvious so much of it is still unfolding. Time to drain the swamp!

And it’s so important to note that, in my dream, the enemy assigned to keep God’s people from draining the swamp and taking the land wasn’t a Goliath-like warrior or a dragon or a killer robot. It was a seducing spirit. In my dream I saw immediately that it was tied to witchcraft, and empowered by witchcraft.

And it sought to shift us off of our covenant alignment, ultimately with Jesus.

Why Trump is Such a Threat
One of the things that makes Donald Trump so dangerous to Washington DC is that he is not owned by anyone. Nobody has leverage over him. In fact, the relentless accusations of the media, the under-the-table ploys of both Democrats and Republicans, and the veiled threatenings of the Deep State are as a relentless storm with one very intentional purpose. That is to create leverage over him, to control him.

And that’s why this weekend’s “storm” of accusation was so pertinent. It was primarily yet another attempt to gain leverage over our President. A ruthless pursuit, apparently without regard to the extraordinary toll this would obviously take on the First Family and their relationship. That said, thank you all for praying for this 71 year old business mogul and his wife, covering them through the storm.

He Who is Without Sin… the Boomerang Effect
Do I hold the President responsible for his past actions? Of course. Taking into full consideration that it was apparently at this very season of his life when he reportedly turned, and gave his life to Jesus Christ. I am taking into consideration that by Heaven’s perspective, he is not the man he once was.

And also taking into consideration that the Lord chose Donald Trump, weaknesses and all, to be our President for this hour of history. Perhaps in seeing his weaknesses, past and present, God intends for us to become re-acquainted with our own.

Yesterday evening the Lord showed Jolene how Jesus rebuked the accusers of the woman caught in adultery. He first began the process by writing in the dirt beside her. Perhaps He was listing each of their respective sins? Not too far out of the realm of possibility because He then dispersed the crowd with a single statement. “He who is without sin, let him cast the first stone.”

Jesus quite literally “dug up dirt” on those who held this woman’s life in their hands. Not to condemn, but to convict. Because this “dirt” represented sins recorded on Heaven’s scrolls. And the judgement by Heaven’s Court would have been magnified exponentially if they had judged her over the very sins they themselves had committed.

And we’ve witnessed the fallout of this “boomerang effect.” Remember how Trump was vilified after the “locker room tapes” surfaced during the final month of his candidacy? This was followed within a year by the extraordinary exposure of “tier one” abusers from Hollywood to New York City.

I wonder, if the Lord were to bring exposure regarding today’s accusers—Stormy Daniels, Anderson Cooper and so many others—what would be held to their respective accounts by the unyielding standards of Heaven’s Court? Chances are we’re going to find out. Because God will not be mocked.

Our friend Lynnie Harlow heard the following. “For every stone that is cast, I will write down the names of every one throwing every stone.”

Our best choice is to forgive. He who is without sin, let him cast the first stone…

Go and Sin No More
Final point in this. The same Messiah who redeemed this precious woman from the stones of her accusers also gave her some firm advice. Go and sin no more, lest a worse thing come upon you.

That’s a directive we all must heed.

The Prevailing Frequency of Forgiveness
All this said, as I was writing yesterday, I became unexpectedly aware that a new and powerful frequency was prevailing in Washington DC. I sensed it. I felt it.

And especially with all that transpired this past weekend, what the Lord was tangibly showing me was beyond surprising. It was the frequency of forgiveness. Intercessors were praying, applying the body and blood of Jesus over the gates of our nation. Your sins are forgiven!

And it was prevailing over the sound of every accusation. Remember the Passover story. Just as the enemies of God’s covenant people were drowned in the Red Sea, the sound or frequency of the Accuser was simply being drowned out. Like it was an old, worn garment now to be finally be discarded.

Hopefully this posting conveys the posture we must all take this Passover to receive Christ’s forgiveness. Yolanda McCune will share so much more tonight, so please don’t miss the call. As we move towards Passover, lets continue to humble ourselves before our Redeemer. He is our Passover lamb.

And your sins are forgiven. 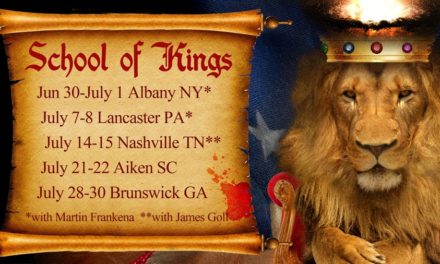 Summer School! Join Us for School of Kings 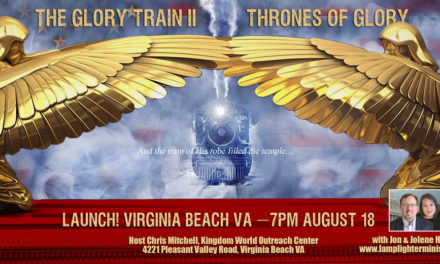