Yielding America's Sovereignty… by the Fourth of July?

YIELDING AMERICA’S SOVEREIGNTY… BY THE FOURTH OF JULY?

Though aspects of ObamaTrade were defeated in the House last week, proponents have vowed to bring another vote as early as TODAY. According to bipartisan warnings, the trade deal reportedly YIELDS AMERICA’S SOVEREIGNTY to transnational governance.

ObamaTrade. The secret Pacific Trade deal is ready to be solidified within weeks. A deal with the European Union follows, and together they will establish global governance overseeing at least 75% of world GDP.

July 4: America As We Know It May No Longer Exist
Further, by July 4, not only will the ObamaTrade fast track be completed, but possibly the nuclear “peace” deal with Iran as well. The deadline is June 30. The Supreme Court verdict on ObamaCare is expected either today or next week. Followed by the Supreme Court’s landmark decision on gay marriage. Which at its core will affect freedom to worship—one way or another.

All of this means that by July 4 this year, America as we know it may literally no longer exist.

No wonder God called us to a FREEDOM WATCH! As a spiritual Paul Revere, I am sounding the alarm to pray. Consider this a 9-11 call. NO KING BUT JESUS!

July 4, 1776—Establishing America’s Sovereignty
America was founded by spiritual revolutionaries who left everything in pursuit of freedom to worship Christ. They took the Bible literally, including its warning about global governance tied to an end-time “antichrist” dictatorship that persecuted the saints. The sufferings of their own lives, from their own government, certainly bore witness to the legitimacy of this threat.

These brave hearts established the governance of this nation by covenant with Christ. Purposefully, as a beach-head against global governance tied to dictatorship.

On July 4, 1776, the Declaration of Independence announced a sovereign nation had been born. “When in the Course of human events, it becomes necessary for one people to DISSOLVE the political bands which have connected them with another…”

July 4, 2015—Yielding America’s Sovereignty?
As we approach July 4, 2015, the President and Congressional leaders are actually seeking to ESTABLISH political bands that supersede the laws—sovereignty—of our nation.

Both Democratic senator Elizabeth Warren and Republican senator Jeff Sessions warn that the “ObamaTrade” bill literally violates America’s sovereignty. I say ‘allegedly’ because the American public is barred from reviewing the secret document. Armed sentries guard it from public view!

But the warnings are well-documented. Again and again saying that if the contents of the secret deal were made known, the American people would reject it overwhelmingly.

The bipartisan agreement against the bill should be enough of a warning not to pass it in its current state. Even Rep. Nancy Pelosi warned lawmakers to “slow down,” during her unprecedented stand to defeat the bill last week.

Further, both the President and Congressional leaders acknowledge that the trade bill will spur a new wave of job losses for Americans.

Pacific Version of European Union
“This nation has never seen an agreement that compares to the TPP, which forms a new Pacific Union,” According to Sen. Jeff Sessions, AL. “This is far more than a trade agreement, but creates a self-governing and self-perpetuating Commission with extraordinary implications for American workers and American sovereignty.”

In an interview with Breitbart News, Sessions observed that “Such a historic international regulatory Commission should never be fast-tracked, and should never be put on a path to passage until every word has been publicly scrutinized, every question answered, and every last power understood by Congress and the American people.”

According to Sessions, this trans-national union now being formed is similar in structure to the European Union. Forming a transnational governance that supersedes the sovereignty of each nation.

“It is essential that there be no misunderstanding: fast-track pre-approves the formation of not only the unprecedentedly large Trans-Pacific Partnership, but an unlimited number of such agreements over the next six years,” Sessions said.

Values of Transnational Governance
The bill is being described as a “tool” giving our government leverage to promote American values. But exactly which values are being promoted… Democracy? Freedom of speech? Womens rights? Protection of Christians? Israel’s right to sovereignty and self-protection?

How about freedom to worship God, the cornerstone upon which our nation was founded as we stood against dictatorial governance?

Haven’t heard if they are there—probably because the deal is still secret. But seven gay US ambassadors have written an open editorial calling for the passage of ObamaTrade, describing it as a “tool” to promote LGBT values internationally. The editorial is posted on the whitehouse.gov website, under the title, “America’s LGBT Ambassadors: Global Trade will Lift Up LGBT Lives.”

According to President Obama, the trade relationship with these nations will also provide leverage to promote “climate change solutions.”

Pray! Voting Possible Thursday
On a governmental level, many recent policies have been imposed on the American people with the intention of disengaging us from our covenantal foundations—our Judeo-Christian values. Now leaders seek to export these policies and impose them on the world.

Please press through in the Spirit! Pray for lawmakers on both sides of the aisle to slow this process down. Further, lets make an appeal before Heaven’s Court to see the sovereignty of our nation upheld. From the Declaration of Independence:

We, therefore, the Representatives of the united States of America, in General Congress, Assembled, APPEALING TO THE SUPREME JUDGE OF THE WORLD for the rectitude of our intentions…

Father God,
The thrones of this nation belong to Jesus Christ through covenant. We remind you of our founders’ intentions to establish a sovereign nation covenantally with You, protecting and perpetuating Your freedom. We remind the Court according to Daniel 7:22 that judgement has been rendered in favor of the saints! And further, according to Psalm 125:3, the scepter of the wicked must be rescinded from the land allotted to the righteous!

With this at heart, please stand for us according to Your judgement now, in Jesus’ Name. Move in power in our corridors of power. Restrain the forces of darkness tied to globalism. Save us Lord! AMEN. 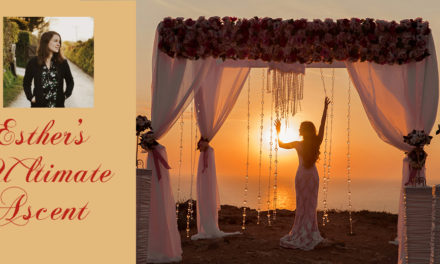 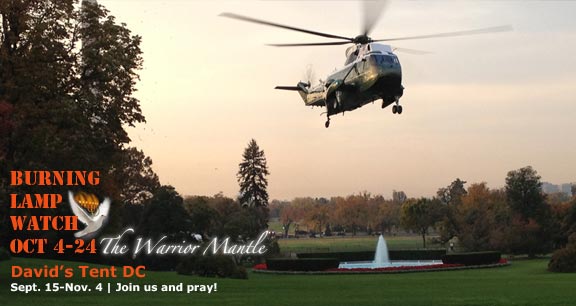 "God Forbid I Should Give You the Inheritance of My Forefathers"