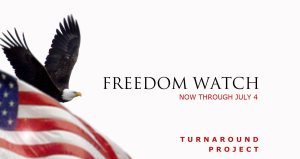 Yesterday was quite a day. From the feedback we received, the first Crown & Throne School was very impacting!  Thank you all who prayed. And thanks to all who celebrated with us our eighth anniversary of full-time ministry!

Philadelphia will never be the same 🙂

June 6—Thrones of Freedom, American Pharaoh
You know we felt to launch these national schools on June 6, the anniversary of Jerusalem’s restoration to Israeli sovereignty. Throughout the Bible, Zion and Jerusalem are claimed by God as His Throne. And yesterday marked the 48th anniversary of the time when God’s Throne was restored to His covenant land.

And on the day that the Crown & Throne School was launched, the Triple Crown was won for the first time in 37 years! That’s really cool. At least until we realize that American Pharaoh was the winner. The ironic upswing to this is that American Pharaoh is owned by an Orthodox Jewish guy from Egypt.

Maybe American Pharaoh is actually MOSES? Ok that’s a stretch. But Moses and Pharaoh did grow up together… just sayin’.

Maybe they were swapped at birth?

June 6 was D-Day, too. When the Greatest Generation won the war that secured the freedom of the world, stopped the Nazi holocaust, and birthed Israel into existence!

It was beyond strategic to be in Philadelphia, partnering with the Lord and His people in this city of Liberty where both the Declaration of Independence and the US Constitution were signed. We are seeing God grant a new birth of freedom. I truly believe a Throne of God’s freedom has been re-empowered!

June 6… Jamie Fitt’s Birthday!
Here’s something wild. Our first Crown & Throne School was co-hosted by Jamie and Jonathan Fitt and the Philadelphia Tabernacle of David. Would you believe that June 6—the anniversary of D-Day, Jerusalem’s restoration under Israel, the Triple Crown—was also Jamie Fitt’s birthday!

Jamie turned 37 yesterday. Amazingly, the last time a horse won the Triple Crown was 37 years ago, the year this revolutionary House of Prayer leader was born!

Jesus had stars in the sky when He was born. Moses had a little boat. And Jamie Fitt had a Triple Crown!!! You just cannot make this stuff up. I know few people who embody the Crown & Throne movement and mandate like Jamie. His message yesterday on “Kings, Priests, and the Melchizedek Priesthood” launched a new breed of revolutionaries out of the gate. Not to miss!

In fact, the whole school was very revelatory for the hour. If you’d like to receive the audio series, contact Jonathan Fitt by clicking here.

To the Lamplighter Family—Bill & Marlene Brubakers
Jolene and I were really touched by the encouragement below from Bill and Marlene Brubaker. They are incredible warriors as well as great friends and board members.

Those who join us on the call every Wednesday know the Brubakers as “Ma & Pa” to the Lamplighter family. They have hosted many times. What you may not know is that Bill is a former Navy captain as well as a renown Seattle news anchor! Marlene is one of the most capable counselors we have ever known, bringing breakthrough into many hundreds of lives, including our own.

And together they embrace a ceaseless dedication to God’s dream for America that humbles Jolene and me.

I’ve always found their advice to be really wise, bearing great fruit 🙂 Jolene and I are very grateful for your generosity, your prayers and encouragement! Below is the note from the Brubakers.

We join you, the Lamplighter Family in congratulating Jon and Jolene Hamill on the 8th anniversary of Lamplighter Ministries.

Several years ago as we were involved in praying for America, looking for those who would lead the nation back to God and work with other ministries to bring this about, God led us to Jon and Jolene. Since knowing them and their passion for America, we have been impressed with not only their integrity and wisdom, but their heart to work with others for the fulfillment of God’s intent for out nation. It’s an honor to be part of this critically important ministry.

In the past eight years the accomplishments of Lamplighter has been nothing short of phenomenal:

Imagine what the next eight years will bring forth! We are asking you to prayerfully consider, on this eighth anniversary, sowing into Lamplighter Ministries with whatever amount God puts on your heart. We offer no commemorative certificate or special gift, but keep in mind beloved, that you will be sowing into a work that God has ordained for this time.

AN EARTHQUAKE, PSALM 82 AND THE BREAKTHROUGH HIGHWAY OF GLORY