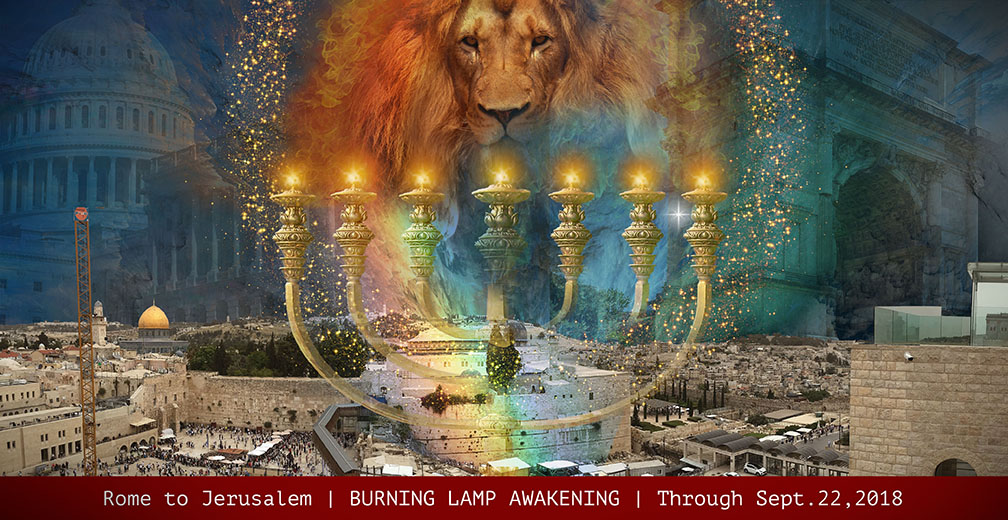 GREETINGS TURNAROUND CATALYSTS,
FIRST— A recent “911” warning, share in the posting below, has already proved tragically true. As I write we are grieving the loss of life from today’s mass shooting in Jacksonville FL. I am praying for the victims and their families. Hope you will join me.

Lets also seek the Lord to expose any further plots. Shields up! Enough is enough!

“Double Portion” Posting on Elijah List!
SECOND—On a brighter note, Jolene and I are so excited that our “double portion” posting, which we shared with the Lamplighter family on 8-18, ran on the Elijah List today. This was one of two postings of ours which ran on the Elijah List even though we did not personally submit them. Grateful to Steve Schultz for seeing the value of this word! And grateful to the many readers who emailed to encourage us.

The posting proved timely beyond imagination as we ministered this morning at Remnant Church in Brunswick, GA. I’m so proud of my wife Jolene, who has been partnering with Pastor Redonnia Jackson in a special retreat focused on the women’s movement prophesied in the word. Meanwhile Pastor Jamie and I did “man things” like eating barbecue and praying for our ladies while focusing on the same promises. It was therefore STUNNING to see these very promises released globally today through the Elijah List!

Needless to say, the movement written about was inaugurated corporately today for Georgia, for Washington DC and the nation. Holy Spirit swept in. Governmentally launching A NEW WAY FORWARD! To celebrate I thought we’d share the posting again with you.

One final thing. I am now on a flight home to DC to host strategic level prayer meetings with Mario Bramnick and a few amazing friends. We are deeply grateful for prayer coverage NOW THROUGH WEDNESDAY. Pray in the Holy Spirit for us. And lets join together in seeing governmental turnaround through the governmental gates of Washington. Below is our posting. No King but Jesus!

DOUBLE PORTION AND A NEW WAY FORWARD
(released on 8-18-2018)
Shalom all. And welcome to 8-18! It’s a double portion day. Jolene and I are writing you from a white-cloth table in a ballroom at the Trump International Hotel, guests a conference hosted by Lance Wallnau. Together with Mario Bramnick and others, we helped lead prayer for Washington DC earlier in the gathering. Revelation is flowing with clarity. And I figured it best to take advantage of the flow!

So I want to share with you eight keys for a “new way forward” we as we make our transition from 5778 into 5779. I just discovered this morning that Rosh Hoshana is September 9-11 this year. Interesting. For a week now every time I turn around I’m seeing “9:11” on my watch or on clocks. We really need to pray into this.

So this 8-18, lets take a look at the new way forward God is bringing. I’m going to start by sharing a recent visitation that is very personal. It is sacred for me. Please respect this as we share.

Visitation and New Commissioning
On Wednesday, August 8, 2018, the Lord gave me a prophetic experience to set a new course for our lives and for Lamplighter. It all began with communion. Pastor Jamie Jackson had given us a special “fountain container” to serve communion. It actually fills eight cups at a time. On 8-8, I felt led by the Lord to receive communion eight times with this fountain.

Watch how the Lord Jesus visits you this year in the midst of communion! Because in in the middle of this time, He met me in a very unusual way.

I suddenly became aware of a high-ranking angelic host in our living room. His wings were feathered and brilliant white. They encompassed me, literally enfolding around me.

Within my spirit I heard the voice of the Lord. “Moses My servant is dead. Now therefore arise…” The words of Joshua chapter one continued to flow. “Now therefore arise, go over this Jordan, you and all this people, into the land that I am giving to them, to the people of Israel (the people of the covenant)…” More on this in a moment.

All at once I became cognizant of a sword resting on my left shoulder, then my right shoulder. It was a similar sensation to a ministry commissioning we received a few years ago. Old rank removed, and a new rank conferred.

Beloved, I wasn’t seeking anything more than to give myself afresh to Jesus through communion. But the Lord had other plans. In the midst of the Table of the Lord, He gave me a new commissioning.

Two questions immediately came to mind. First… what just happened? Second… exactly who was the ‘Moses’ who had died?

The second query was answered first. In a flash vision I saw a cloud of witnesses. And in the cloud of witnesses I saw two people. Our friend Bob Jones, and our friend Jill Austin. Both mighty prophets who had gone on to be with the Lord, leaving a portion of their legacy to us.

It was just a flash. But deep was calling to deep. And I knew the Lord was activating deposits of His heart, His covenant, His anointing imparted through these amazing leaders. They are now in the immediate presence of the Lord. We are tasked with walking out the covenant dream they lived for, and gave their lives for. Including the prophetic expression of God’s Spirit, angelic release, and even the Glory Train movement which Bob had prophesied.

Jolene—Double Portion Deut. 8:18!
Interestingly, Jolene came home from her prayer meeting after a similar encounter with the Lord. She heard the Lord say 8-8-18 represents “double portion 8:18.” Deuteronomy 8:18 declares that God gives power to gain wealth to establish His covenant. We have now moved through these gates!

What was the Lord initiating through this commissioning? Note that Joshua was commissioned by the Lord to complete the work that Moses had initiated.

More than anything else, I believe it is an assignment for all of us to complete the work that has begun. He is releasing power to gain wealth to see this turnaround completed and His covenant more fully established.

The Finishing Angel Released
Immediately I thought of the prophetic word our friend Anne Tate of Glory of Zion released to our home group just weeks before. Anne prophesied the Lord was releasing a “finishing angel”— to complete the work He had begun in Washington DC even generations before.

Anne’s ministry to our home group, overlooking all of Washington DC, was pivotal. I really believe the “finishing angel” she saw weeks before actually brought this new commission. Heaven perpetuated the blessing she deposited!

It’s interesting that Anne’s last name is Tate. Because the Hebrew number for “9” in 5779 is the word-picture “tet.” Pronounced, of course, “Tate.” So every time you even pronounce her name it’s like this new year is speaking into your destiny.

Lets put this another way. Tate or “tet” has prophesied to you—a “finishing angel” has been dispatched to complete the story, to complete the turnaround! And you have been commissioned into this work.

Ponder the movement Joshua inherited. A Moses movement, fueled by 400 years of prayer for deliverance, ushered the people of God from bondage to freedom. Even though Moses’ journey was cut short, the movement was not. The angel of the Lord who partnered with Moses was released by God to partner with Joshua. To finish the work!

I think it’s so amazing that the year 2020 marks the 400th anniversary of America’s covenant with God. Through the Mayflower Compact, our land and government was covenanted to God for His glory and the advancement of the Christian faith. This covenant is being repaired and established in our hour!

It’s time for 2020 vision. There’s an assignment, started by our fathers and mothers, that God wants you and I to complete. May you receive the fullness of your commissioning in a new way even as you read these words.

Your Commissioning—A New Way Forward
Here are eight priorities for this new way forward in 2019. Some of these may be familiar. But read them anyway and let revelation expand within you. Get this in your spirit! 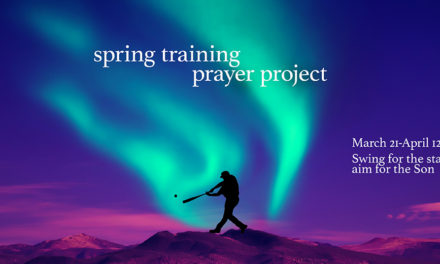 Passover & Good Friday! Your Sins are Forgiven—Now Receive His Covering! 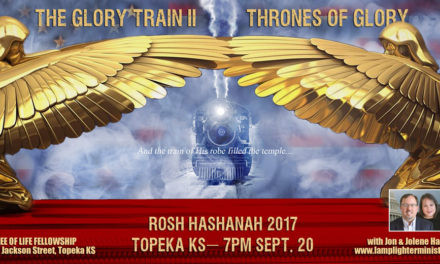