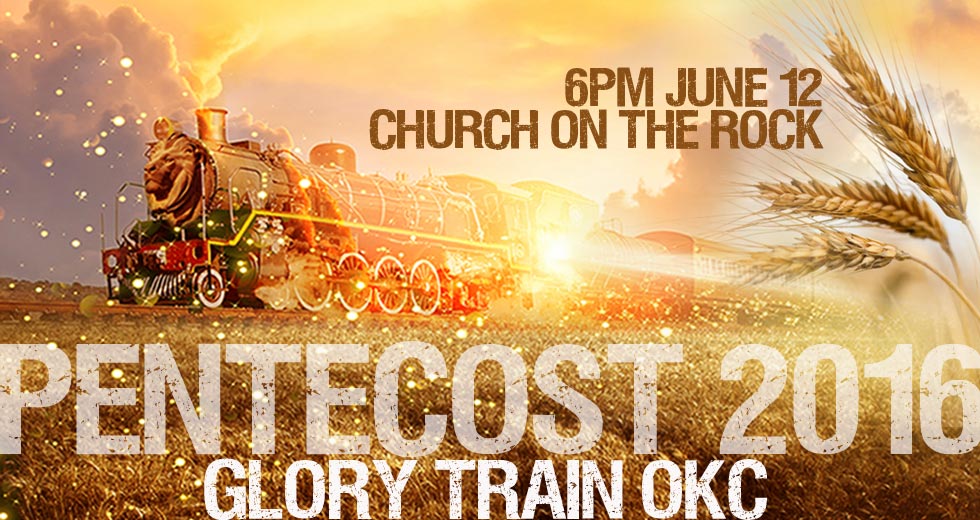 The Glory Train is a movement. And it’s so much bigger than us! We have entered a promised a season where the very glory of God is being restored across the nation in a sweeping move of Holy Spirit. But as we journeyed with Tom Schlueter, a good friend and founder of the Texas Apostolic Prayer Network, I was really unprepared for the prophetic experiences so many Texans had already received regarding the Glory Train.

I mean like everywhere we turned. It is astounding.

And they’ve taken it to heart. Many even joined us on the train journey down to Austin for this reason. One fierce warrior even baked a sheet cake, and made up “Texas Turnaround” cards to go with each piece! The journey of these intercessors with us set a very important precedent—the first time others have actually come aboard to ride on the train. I sense it will be the first of many more.

At first Jolene and I didn’t know what to do with these folks. As we prayed and chatted, I had an idea. Lets get their stories to you on video! CLICK HERE TO VIEW.

So enjoy the “Texas Turnaround” video. Watch the video and you’ll see Tom Schlueter sharing on our first moments at Prayer Mountain Dallas, where a mother and her child both saw a vision of the Glory Train!

You cannot make this stuff up.

Vision—God’s Glory Encompassing Texas
Let me close this posting with a vision I hope will compel you to prayer. I knew Texas was a “pivot” state for the nation. In Oklahoma City last weekend the Lord began to show me a vision of a large hurricane encompassing the entire state, with the center in the Austin area. I knew the hurricane represented God’s glory. And I knew Houston was the “right arm” of the hurricane, where the most power was being exerted.

We had the privilege of sharing on the “Texas Turnaround” last night. I mentioned how I felt the storms and flooding were a sign from the Lord—that His glory was flooding Texas now instead of the drought. Breakthrough!

Real-Time Texas Prophecy by John Enlow
Then this morning, as Tom, Jolene and I board the train to San Antonio, another amazing word came—this time from John Enlow. Below is an excerpt. Note that he highlights both the flooding and the I-35 corridor, the very areas the Lord assigned us to go.

“Texas, As you pass through the waters I am with you. I am raising you as a pulpit for the nation.”

The Lord has been speaking to me about Texas as I have watched the news stories of the intense rains and severe flooding of this state that had formerly experienced extreme drought. In the last two years they have had consecutive once-in-every 500 years floods, which tells us they are very, very unusual rains.

In Isaiah 35 it speaks of a desert and parched land being made glad (v.1). It speaks of water gushing forth in the wilderness and streams in the desert (v.6). The next verse tells of the burning sand becoming a pool and the thirsty ground becoming bubbling springs. Verse 8, then says “And a highway will be there; and it will be called the Way of Holiness.”

I believe that a “Highway of Holiness” is being uncovered all up and down the I-35 corridor of Texas. This corridor goes through Dallas, Denton, Fort Worth, Waco, Austin, San Antonio and Laredo. God is raising up Himself a cleansed pulpit from the state of Texas. It is not limited to the cities on the I-35 corridor but it is definitely highlighted there. Houston, Corpus Christ and McAllen are also places of significant emphasis as bright pulpits of reformation will shine from these places as well…”

Friends, YOU CANNOT MAKE THIS STUFF UP! Please keep us in prayer as we minister in San Antonio tomorrow and then Oklahoma City Sunday. We look forward to joining with you from the train on the call tonight!