The Russian Spy Ship and the River Cruise—Waterways Prayer!

During home group Monday, Julie released a prayer that brought chills to my being. God’s way of telling me to pay attention! Our friend had a vision of water ways in the region, and warned how the enemy was seeking to penetrate these boundaries.

Julie was visiting from Washington State, so she didn’t have quite the knowledge of the regional waterways we do. From the Potomac River in Washington DC to the Chesapeake Bay to the open waters of the Atlantic, there are at least eight major military and intelligence bases along these waterways. CIA Headquarters. The Pentagon. Bolling Air Force Base. Quantico. Langley Air Force Base and the Naval Air Station at Virginia Beach. The Norfolk Naval Base.

And that’s just the big ones.

Securing the Gates! Pray Over Waterways
I believe regionally and nationally, the Lord is emphasizing we need to secure the gates by praying over our waterways. Declaring that the gates of sabotage are shut, and all plots of enemies, foreign and domestic, are exposed.

Despite our many challenges, God is still tabernacling with our nation! He is still watching over us to protect and care for us, according to His covenant with us. The Lord is guarding our nation—which is why the watchmen in the natural are empowered for victory instead of watching in vain (Psalm 127).

The Riverboat Cruise and the Russian Spy Ship
Let me give you a brief but impacting example. Remember Jamie Jackson will be sharing with us tonight from Brunswick GA. In late July, we took part in an extraordinary river boat prayer journey with Jamie, his wife Redonnia, and HAPN/RPN Georgia leaders Lynn and Ed Alderson. The photo illustration above is actually a compilation of two images from that journey. Heaven At Your Gates!

Jamie and Redonnia had connected with the Aldersons and a few others other leaders for a private regional roundtable. The Lord showed them the immediate need to facilitate a prayer journey through the waterways of the Brunswick area into the open Atlantic. Praying over the entire coast of Georgia from the midpoint of the state.

A river cruise prayer journey. Best of all, it worked out for Jolene and I to join them!

As we approached the open Atlantic, the Lord began to speak to us very clearly about the threat of RUSSIAN submarines and ships in the area. We sought Heaven for a governmental release of His authority to shut the gates to these vessels, and expose everything that was hidden.

From the midpoint of Georgia’s coastline, Ken and Bev Rozanski prayed specifically for the Kings Bay Submarine Base near the Florida border. Jolene and I did not know this base was there. The Rozanskis live just over the line in Florida, and we felt such urgency about it we visited them a day later to pray over this base.

Of course, it didn’t hurt that the days were beautiful, and our excursion also involved time at a pristine beach. Confession is good for the soul 🙂

But just over a month later, news broke of a Russian spy ship eavesdropping on the Kings Bay Submarine Base! We know surveillance of this sort occurs all the time. Therefore when it actually makes the news, we must emphasize there’s more going on than usual. From Fox News, Sept. 3:

A Russian intelligence ship, capable of cutting undersea communications cables and other sensors, has been spotted by the U.S. military off the coast of Kings Bay, Ga., home to the U.S. Navy’s East Coast ballistic missile submarine fleet.

U.S. military satellites have been tracking the Russian spy ship since it was spotted in the north Atlantic last month and slowly began transiting toward its next destination — Cuba.  A senior military official said the ship is now about 300 miles off the coast of the U.S., as it heads toward the island.

Another senior defense official told Fox News that while the Pentagon is tracking the Russian intel ship, the Russian ship “remains in international waters.”

Watchman Response
From this experience four points must be emphasized.

Authentic Revelation Brings Results! Exercise your faith! In other words, do not dismiss the small promptings of Holy Spirit, but pray over them, respond to them, cultivate them. Believe God for real-time prophetic revelation! Explore and step out. You and I don’t know what’s going on out there, but Holy Spirit does. And your response helps secure His engagement!

My experience is that results are not always so tangible as the Georgia experience. But tangible results should actually always be expected.

Pray Through! Many prayer promptings are more important than we know. Cultivate faithfulness in your response. Always pray in the Spirit. Keep praying until you sense Heaven’s release!

Regarding Russia—Immediate Prayer Needed! Let me make one thing perfectly clear. The Lord warned us to pray regarding Russia. Which means that He has resolve to protect our borders from infiltration and sabotage by Russia. We should be very aware of Russia’s increased assertiveness against our homeland and throughout the Mideast. A Psalm 83 alignment seems to be emerging in the Mideast with Russia, Syria and Iran, filling a leadership vacuum the US perhaps has resisted filling. These unfolding events will make the days and months ahead very interesting. Pray!

Join Us Tonight! As always, we’ll be praying for our nation. And make plans now to join us in Brunswick Oct. 16-18!  Covenant blessings to each of you. 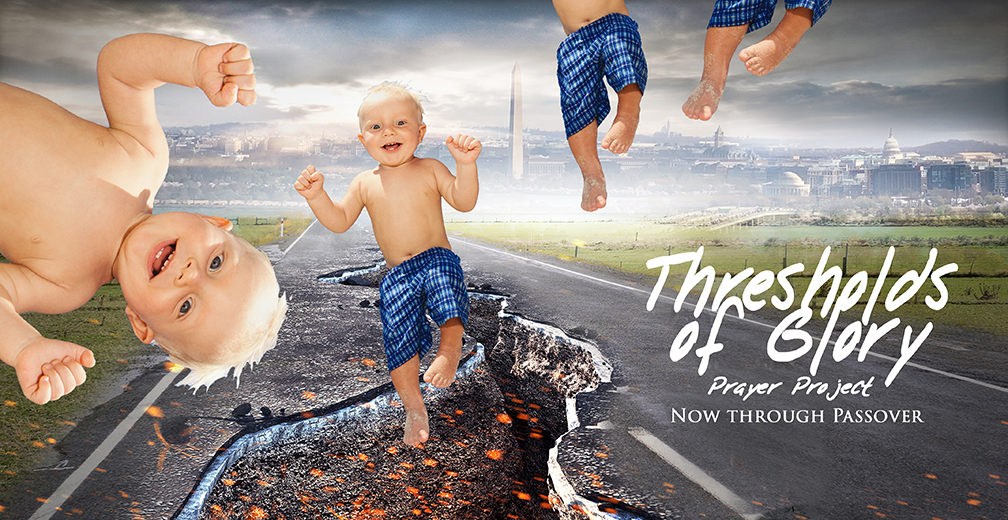 Dutch Sheets, Chuck Pierce Returning to Faneuil Hall! “I’m Sending You Back to Send You Forward!”

Daniel 7:22 Turnaround! Judgement in Favor of the Saints!