We are grateful for your support! To contribute towards Jon & Jolene’s Israel tour, please click here.

Below is the Purim Decree, given by the Lord as a verdict from Heaven’s Court at the close of our 21 day watch last year. Remember as Jolene and our friend Lynnie Harlow shared, the “yes scepter” is yours to receive and pick up! Receive fresh favor and vision from Holy Spirit today.

And as we move into this season of Purim, lets together see the Usurper exposed and restrained, covenantally and governmentally. In Jesus’ Name, Amen!

THE PURIM DECREE
Exposing and Restraining the Usurper

Let the record show that as of Purim 2014, the following Amendments to the Divorce Decree from Baal have hereby been rendered by the Supreme Judge against the Usurper. At the Plaintiff’s request, the Purim Decree is recorded in the Court as of March 4, 2014, and is to be fully enforced from and after this date.

First, the Court finds that the Usurper is an extension of the Baal Principality (ref: Hosea 2), and is therefore subject to all previous judgments against this Principality, not limited to, but including the following:

2. The restraining order previously issued against the Principality of Baal is extended to immediately enforce the exposure and restraining of the Usurper, however and wherever the Defendant’s actions are employed.

4. Whereas the Defendant in this matter demands the sacrifice of innocent blood for the empowerment of his rulership and deception; and whereas this principality has heretofore accessed unjust bloodshed for these said means; therefore the Court finds that the Covenant with death is annulled (ref:Isaiah 28).

5. All previous judgments pertaining to covenants with death empowering deception are to be executed against the Usurper and all extensions of the Principality of Baal, as well as human principals who remain in covenant with this principality. The Court cites its previous verdict re:Belshazzar, king of Babylon (ref:Daniel 5), in the issuance of this restraining order against the human principals who remain aligned with the Defendant.

6. The Court reminds the Plaintiff that the enforcement of the verdict is dependent upon the Plaintiff’s adherence to the covenant of marriage to the Lord Jesus Christ, and earnest pursuit to remain in right standing with this Court (II Kings 17:38-9). As recorded in Judges 2, when God’s covenant is purposefully violated without repentance, the enforcement agents of this covenant are themselves restrained.

7. The warning issued, the Lord of hosts now grants the following. As in the days of Gideon, the Court finds that the people of God have fully torn down their forefathers’ altar to idolatry, and have sought to rebuild the altar of covenant with Jesus Christ upon which their nation was founded. Further, the people of God have sought to honor My covenant with the land and people Israel, the Apple of My Eye.

The Lord of hosts therefore re-commissions the angelic hosts of the Lord Jesus Christ, appointed to shamar the Nation and the people of God within the Nation, to immediately intervene in the affairs of your Nation according to His covenant: to partner with God’s people, to guard and defend your boundaries, exposing and restraining the Usurper; and to accelerate the advancement of Christ’s Kingdom and deliverance in every respect (Judges 6, Esther 7). “For I will defend this city to save it for Mine own sake, and for my servant David’s sake” (Isaiah 37:35).

8. Further, by this Purim Decree, the people of God are hereby commissioned for victory, to march forth and bring deliverance to your nation and people. As in the Days of Esther, the Lord now restores the headship of the Bride of Christ on behalf of this nation, and connects the head of the Bride with the Body of Christ. The King’s ring is on your hand to seal the decrees He has commissioned you to decree. They shall not be revoked! (Esther 8:8). 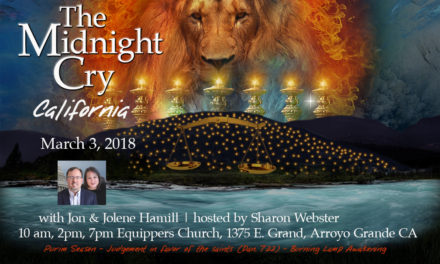 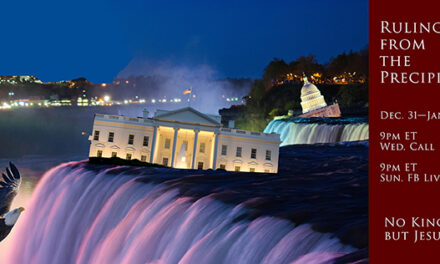 WHAT’S AHEAD? A NEW WAY FORWARD