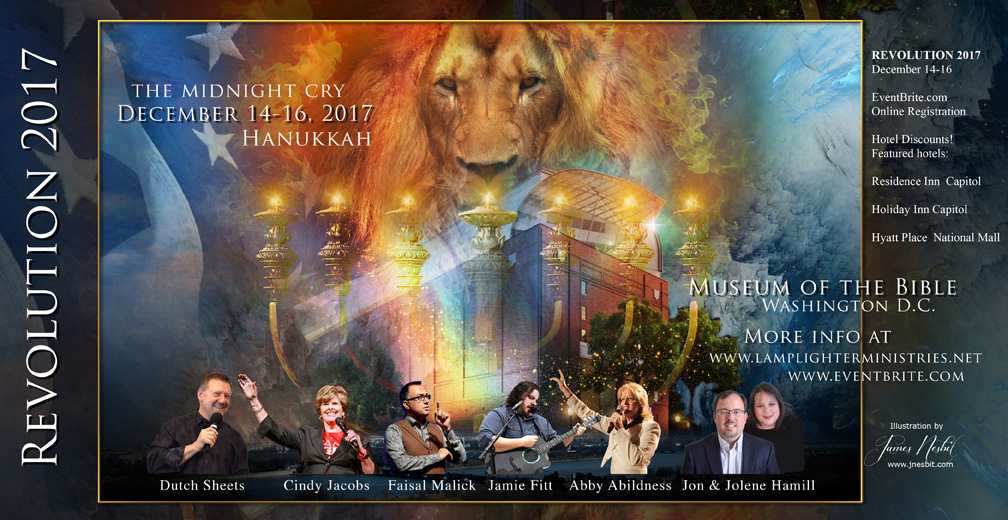 FIRST—BILL AND MARLENE BRUBAKER are on their way to Israel! Lets keep them in prayer for the next three weeks. They are spending Thanksgiving with friends and then participating in an extraordinary Yad Vashem school for Christian leaders on the Holocaust. Jolene and I were privileged to attend this school two years ago. We wept through the entire course. Not just because of the horrors of history, but because we saw through current trends how the enemy was positioning to influence the world the same way today.

Our resolve must remain—never again!

SECOND—EXPOSURE OF BETRAYAL keeps coming! And an anointing of holy conviction is penetrating America’s hearts in a way we have rarely seen. Please as we move into Thanksgiving, lets continue the Turning Tables watch regionally and nationally until the Lord grants His release!

THIRD—PLEASE KEEP PRAYING for Jolene and me as we finish writing our book and focus on Revolution 2017. We are definitely burning the midnight oil!

FOURTH—HAPPY THANKSGIVING! Covenant blessings to each of you from this Pilgrim and family. We are grateful for your vigil to see our nation align again with God’s enduring covenant with our land. It’s interesting that 2020 marks the 400th anniversary of the signing of the Mayflower Compact. We must have 2020 vision!

Summit Vision—Moses Movement Released
Speaking of which… Jolene and I recently had the honor of participating in the Global Prophetic Summit, hosted by Cindy Jacobs last week. Remember this gathering was purposefully convened around the 500th anniversary of the Protestant Reformation. And I saw how a reformational mandate for this hour was governmentally released!

It was extraordinary to connect with prophets from literally around the globe. Three themes seemed to emerge. Lamplighter family, you might recognize them! There was clear agreement among the national and global prophetic community regarding the first two themes. God is restoring His glory. And He releasing a “turnaround anointing” for this season.

As you will see, a third theme emerged spontaneously. And to me at least, it defined the entire summit.

Heaven’s Council—Two Visions
During the gathering the Lord showed me two visions conveying His real-time work in nations. The first vision occurred just as the private global roundtable began. I saw a glorious procession of angelic hosts from all the nations entering into Heaven’s council. These angelic hosts were being honored and celebrated, much as we celebrate each other here. I prophesied that Heaven’s council has been convened in synergy with this global council of prophets. I saw and prophesied that, as Heaven and earth join together, we are entering a defining moment. History will literally be made.

What transpired in that private meeting was nothing less than astounding. A leader from Zimbabwe stood with tears in his eyes, asking for prayer for his nation and for Africa. Joseph Garlington, an African American leader, wept by his side and prayed with him. Soon the stage was rushed by leaders from every continent, many in travailing prayer for breakthrough.

We prayed during this time that Zimbabwe’s cruel dictator Robert Mugabe would be removed from office. What we did not have any idea about was that just after we prayed, the nation’s army moved into the capital and placed Mugabe under house arrest.

He brings rulers down from their thrones. This happened in real-time!

Global Moses Movement
During the second day of the public conference, I saw another vision which correlated to the first one. I saw the convocation of angelic hosts being released from Heaven’s council in an extraordinary way. These same angels were being commissioned to work with leaders as the Angel of the Lord worked with Moses. Preparing the way for a freedom procession as promised in Exodus 23:20. I knew the histories of nations were again being defined.

Governmentally from Gods’ Throne, a new Moses movement was being released! A global Moses movement to counter a global pharaoh movement holding His covenant people captive in the nations of the earth.

Leap of Faith
Then came the launch. The angelic hosts were standing on what looked to be the summit of a mountain, with pathways on all sides connecting to each continent below. Each were being launched from the mountain of His council to return to their respective nations.

Then one of the pathways changed to a winter Olympic ski jump. I saw a skier in a white ski suit with black skis and goggles lunge down the path towards the jump. The acceleration was tremendous. And as I followed this angel, I realized the Lord was encouraging us all that He is bringing both a recovery of momentum and the capacity to make a giant leap of faith!

Friends, it’s time to embrace this new Moses movement. It’s time to accelerate and leap into His purposes for nations. Watch how you soar over the obstacles which once constrained you!

As the Global Prophetic Summit drew to a close, Cindy Jacobs led us in praying for the tense situation between North Korea and South Korea. Freedom! The unction came on me to governmentally prophesy the release of this Moses movement. LET MY PEOPLE GO!

When I returned to my seat, I wondered if there was more to the imagery of the downhill ski jumper than I first perceived. Looking up “winter olympics” on Google took my breath away. Because in 2018, the winter Olympics are being held in South Korea!

What is God saying? On a global level, a new “Moses movement” is being released to turn the tide of this “conflict of thrones” in which many nations are engaged. Watch how the conflict defining the Koreas begins to shift even beginning in the winter of 2018.

Further, I believe this global movement is poised to reverberate in the nations with the same magnitude as the Protestant Reformation. Remember Bob Jones’ prophecy about this new move. He saw that it would marry the miracles of Exodus with the miracles of Acts. In Exodus, God fought a revolution to bring freedom to His people. The Book of Acts begins with the restoration of God’s glory!

We will see nations rising out of bondage as this Glory Revolution, this Moses movement, begins. It will to accelerate in the nations. Even now the Lord is resounding from the summit, Let My people go!

This Train Will Not Be Derailed! Call Tonight 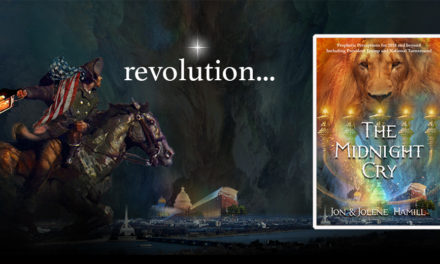