Special Prayer Call Tonite! Back in the Gap! 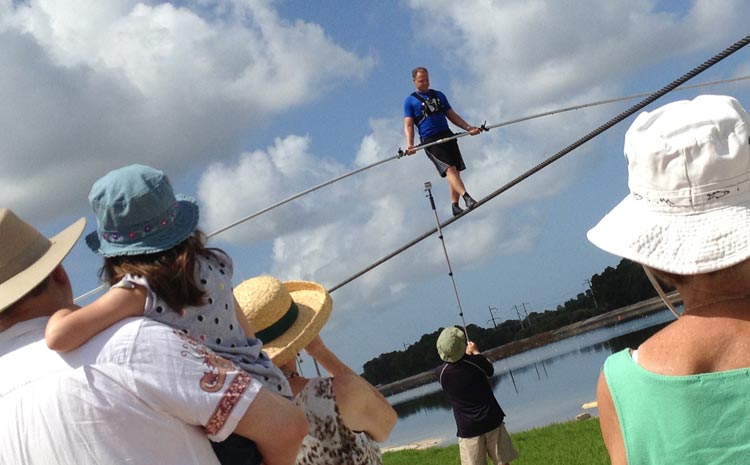 GREETINGS FRIENDS. Coming to you tonight from Florida, where the heat is nothing less than tropical! Jolene and I are preparing for ministry this Friday evening and Saturday morning in Lake Mary with Glory Fire Church. They are experiencing breakthrough. Are you in the area? Love for you to join us… out of the heat and into the FIRE!

Yesterday my father, who lives near Sarasota, took Jolene and me to see famous high wire walker Nik Wallenda as he trained for Sunday’s untethered trek across the span of the Grand Canyon. Wallenda is a strong believer in Christ, as much of the nation discovered as he prayed his way across the Niagra Falls recently.

Untethered across the Grand Canyon. This guy truly needs our prayers.

But Wallenda’s courageous walk made me really think about what it means to stand in the gap. As forerunners and spiritual revolutionaries, that’s your call too–to span the gap between the way things are, and the way God dreams them to be. Your tireless courage on behalf of the Nation has been producing some amazing results.

Isaiah 28 conveys how, when God renews covenant, the things that are covered over by covenants with death and darkness begin to be exposed. This is a really important concept for our watch. And watching recent events, I don’t think it’s any coincidence the Lord invited us to stand together in this “New Birth of Freedom” for the annulment of covenants with death related to abortion and idolatry. You have been true forerunners in this breakthrough. And you’re making an incredible difference!

Thanks to your prayers, we are also making great personal headway. Just a few chapters remain unwritten in a book we’re tentatively calling a “Field Guide for Spiritual Revolution.” By the Spirit of God, I became aware that this book is one of many being “birthed” in timing with a new move of the Holy Spirit.We just visited with our prophetic friend Randy Demain. He and many other prophets are feeling a real stirring for this fall.

That said, please contend with us! I will share much more on this next week. Together we will see God’s “New Birth of Freedom” become a reality.

"I Can't Speak!" The Jihad Against Journalism & Freedom of Speech

Day 26: A Torch has been Passed to You

Oct. 17: From Peril to Promise