Please note again that the prayer call this week has been shifted to TUESDAY NIGHT to accommodate James Goll’s schedule.

Only $500 remaining for Israel trip! Thank you Lord, and thank you all who gave so generously! To donate, please use the link at right or go directly to www.lamplighterministries.net

Throughout this past year, we have shared with great fervency James Goll’s prophetic warning regarding chemical warfare in Syria. James originally shared this warning on one of our prayer calls last September. Many spoke afterwards about how their lives were changed by the call. The impartation was literally tangible!

We followed up on the phone call with a posting on to mobilize prayer. From the September 20 posting: “James Goll mentioned a specific prophetic perception last night. Years ago the Lord showed him that, when the eyes of the world are on Iran’s nuclear capabilities, Israel would actually be more vulnerable to Syria–with chemical and biological warfare. Pray that these weapons of mass destruction not fall into the hands of Hezbollah or Hamas! SHIELDS UP!…”

“God reigns over the nations, God sits on His holy throne. The princes of the people have assembled themselves as the people of the God of Abraham, FOR THE SHIELDS OF THE EARTH BELONG TO GOD; He is highly exalted!” (Psalm 47:9).

Almost exactly a year later, headlines are now bearing witness to the absolute validity of this prophetic word. We are honored that James has agreed to take time with us to share again and pray. Below are more excerpts from the posting we ran right afterwards, which chronicled key points of the conversation.

Homeland Security Prayer—September 20, 2012
“God reigns over the nations,nGod sits on His holy throne. The princes of the people have assembled themselves as the people of the God of Abraham, FOR THE SHIELDS OF THE EARTH BELONG TO GOD; He is highly exalted!” (Psalm 47:9).

On September 11, 2001, the Holy Spirit spoke a sobering message to James Goll. The hunters have been released. Later in the morning, planes hit the twin towers and the Pentagon.

On September 11, 2012, the Holy Spirit spoke another sobering message to James Goll. The hunters have again been released.

Since June, we have been sharing Jolene’s warning regarding this month. Holy Spirit spoke how “Between September 1-22, something is coming that will affect every household in America.” We have also been warning how the enemy could attempt to “X out our nation” this fall, just as God is establishing His bridal canopy of protection in our land.

Our Days of Awe Prayer Project has been launched to watch and pray through this time. If you’ve received this email from friends and would like to sign up, you can do so on our website, www.lamplighterministries.net.

Shields Up!
It is fair to say that on 9-11, our nation and world again changed. And so did our lives.

One of the most important points James Goll made on the call last night was the need for another “Homeland Security Prayer Initiative” similar to the 91 day project he launched January 2003. We are in prayer and dialogue now. But the imperative for immediate response is to pray for God to supernaturally shield America and Israel.

As one friend declared last night, “SHIELDS UP!” I know this phrase came from Star Trek. But it is now a mandate for our states, our nation, our spheres of authority I believe we all must immediately pursue!

Protection is From the Lord
I participated in the Homeland Security Prayer Initiative back in 2003. Interestingly, later that year I moved from Kansas City to Maryland and actually got a job with Homeland Security! It was an honor to serve onsite as a contract photographer and graphic designer for the National Emergency Training Center.

I remember my initial suspicious stereotype towards government employees–short on work, long on vacays with fat salaries propelling out of control government spending.

What I found was absolutely the opposite. Integrity in finances and all facets of stewardship was astounding. The people I met exemplified dedication from the heart–carrying out their careers almost as ministry callings, often with even more diligence.

But as important as our intelligence communities, military capacities, diplomatic endeavors etc are–only God can truly protect us. The shields of the earth belong to the Lord! At this time, for America and Israel, we need supernatural Homeland Security. “Except the Lord watch over the city, the watchmen labor in vain.”

Qualifying for Covenantal Protection
Friends, it’s time now to rally for God’s shields of protection to be released on our behalf. What’s important to understand is that Heaven’s protection is only secured through covenant! Again, it is a dangerous thing to presume protection when our covenant alignment is off. You had better qualify for the promise you are depending on.

“THE COVENANT I HAVE MADE WITH YOU, you shall not forget, nor shall you fear other gods. But the Lord your God you shall fear, and HE SHALL DELIVER YOU FROM THE HAND OF EVERY ADVERSARY” (II Kings 17:28-29).

God’s Restraining Order
Maybe we can now appreciate just how important the 2011 initiative of divorcing Baal and resetting covenant with Christ actually was–and is. As we realign with God’s covenant, He makes an absolutely unprecedented promise. DELIVERANCE FROM THE HAND OF EVERY ADVERSARY!

Talk about a restraining order! Right from Scripture. As you have aligned covenantally with the Lord, remind Him of His promised protection. Prophesy, with the earned authority God has granted you. For America, Israel, and the nations– SHIELDS UP!

Prayer Points
Please pray over your specific states and major cities. Ask the Lord to lead you by His Spirit in prayer. It might help to pray over a map! Drive and pray. Pray especially over infrastructure! Ask the Lord to governmentally shut all gates of sabotage.

Pray for the Lord to expose and thwart radical Islamist terror cells in your state. Ask God to dismantle any occult shields protecting them from being discovered. This may take some exertion in prayer, ok? Exercise your covenantal authority in Christ. Pray and declare!
Governmentally set the watch of the Lord over your region.

According to what the Lord has shown us, this is vitally important at least through September 22.

Pray for your emergency responders–police, fire, etc. Pray nationally for your intelligence communities, etc. Pray for your Senators and Congresspeople. Pray for the President, National Security Council, Joint Chiefs of Staff, etc. Remember they work for you–so support your own work!

Pray for Israel & Mideast
James Goll mentioned a specific prophetic perception last night. Years ago the Lord showed him that, when the eyes of the world are on Iran’s nuclear capabilities, Israel would actually be more vulnerable to Syria–with chemical and biological warfare. Pray that these weapons of mass destruction not fall into the hands of Hezbollah or Hamas! SHIELDS UP!

In the event of challenges on our soil, martial law could be imposed. Financial markets could nosedive. Due to the Patriot Act, even the election could be postponed.

Final prayer point–last so as to be first in your heart–PRAY FOR DAVIDS TENT! We shared yesterday how the Tabernacle of David is a primary catalyst for God’s supernatural Homeland Security. Is it any coincidence He is granting this expression of 24/7 worship at this very hour?

Once again–SHIELDS UP!
special thanks to James Goll for insights & direction.

Coronate the Change Agents of My Turnaround! 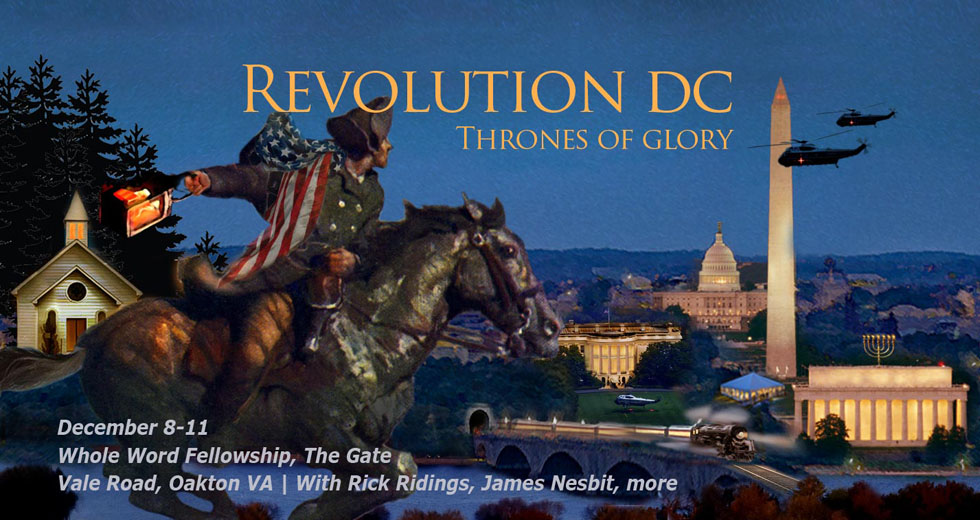 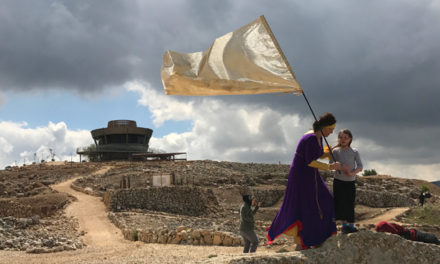