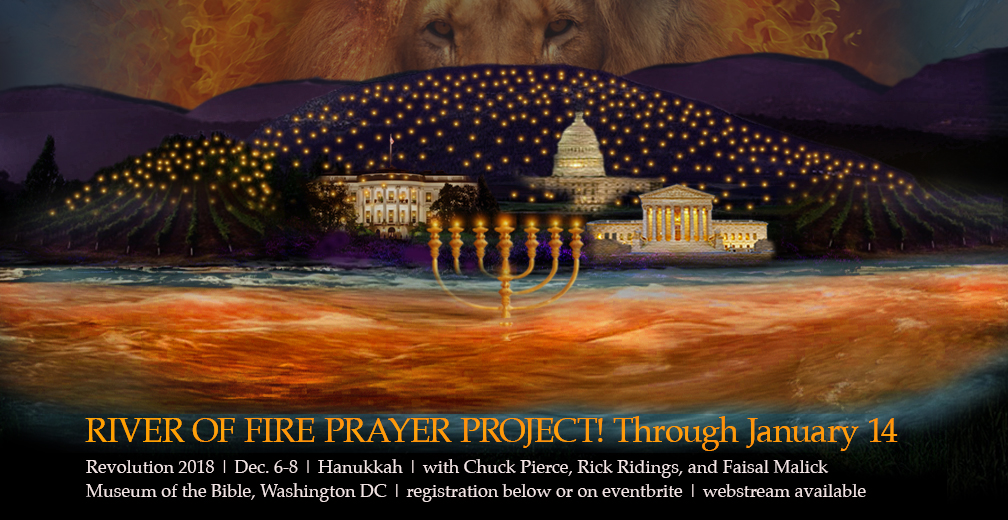 HANUKKAH PRAYER CALL REPLAY—Receive holy fire as you review, rehearse and pray! To listen on your phone, call the Playback number: (641) 715-3598 access code 552-690. Or to listen on your computer or device to an mp3 download, CLICK BELOW.

EIGHT DAYS OF GIVING THR0UGH HANUKKAH! Please believe God with us for a miracle through this time. Lets see the devourer rebuked and fresh oil flowing. It’s time for your lamps to shine! To make a contribution CLICK HERE.

DEAR HANUKKAH REVOLUTIONARIES,
Righteous revolution… holy fire… Heaven’s Court is now in session! I am still reverberating from last night’s call. The anointing was so strong. Thanks to all who participated. The Lord entered us into a realm of breakthrough revelation that shifted us into position for this week.

His Hanukkah turnaround is at hand. His freedom movement is being commissioned. And we are being summoned to secure His turnaround for 2018!

If you weren’t able to make the call last night, we’re excited to make the audio available for you. Receive His impartation as you listen! It’s vital for this week.

And also please be sure to sign up now to join us for Revolution—either live or via live stream.

Securing the Hanukkah Turnaround
I want to touch base with you briefly today about securing the turnaround the Lord desires over Hanukkah. You might recall Bobby Conner’s encounter with the Lord less than a week ago. He saw that Heaven’s Court was now in session to release a revolution. To our knowledge Bobby had no idea we were hosting Revolution 2018 with the very mandates he perceived.

In Bobby’s own words: “…Suddenly I heard a very loud sound of a gavel striking the Judges bench; quickly I looked toward the direction the sound came from. However, all I could see was blinding light, much like the rays of the sun shining in it’s strength.

From this brilliant light, I was addressed by a voice, which stated, “There must come a righteous revolution!” At that moment I questioned asking, “Why?” The voice stated in a strong promising tone, “To Bring Us Back To God!” At this point I heard this phrase, which was spoken with great authority: “Court Is Now in Session!”

Friends, that’s God’s desire for us—personally and for our nation. We believe that as of Hanukkah, Heaven’s Court has been convened to commission His righteous revolution—His freedom movement—and bring us back to God.

A turnaround. Teshuvah. A Great Return.

What Does a Hanukkah Turnaround Look Like?
Hanukkah is all about receiving a miracle turnaround against all odds. Judah Maccabee exemplified this when he relit the menorah to sanctify his desolate Temple. He unleashed a tremendous spiritual principle you can access today. Very simply, covenant consecration to catalyze turnaround.

It’s a primary calling this week. With the passing of George HW Bush, an era has literally ended. A new era is now beginning. A new way forward. And we are being summoned to Washington DC to help define this era—beginning with covenant consecration to catalyze turnaround.

This morning the Lord reminded me how He directed our Gideon Group team to gather over 7-22 this year in Washington DC specifically for this purpose. We prayed on 7-22 at the State Department for covenant consecration to be renewed, and turnaround catalyzed for our nation’s seat of global diplomacy.

As part of this time, we were asked by leaders to pray for Pastor Andrew Brunson’s release from a Turkish jail, where he had suffered for two years. Together with these leaders we poured out our heart before the Lord. We sought the Ancient of Days for a Daniel 7:22 verdict on his behalf. Judgement in favor of Pastor Brunson—restraining the forces of darkness and releasing him into freedom.

Just three days later, as the first-ever Global Ministerial on Religious Freedom opened, Ambassador Sam Brownback lit up the room with an astounding announcement. Pastor Brunson had been released from prison to house arrest! Thanks to ceaseless efforts by the Trump administration term under house arrest soon came to an end as well.

Turnaround. What an example of judgement in favor of the saints! I feel it is a tangible and immediate sign that God’s global freedom movement is now at hand.

Heaven’s Court is NOW in session once again towards this same cause of turnaround. For America to return.

Positioning Yourself for God’s Turnaround
On Friday evening the Lord gave us three keys to position ourselves to receive His governmental turnaround this week. Note that we had no idea about the a seismic shifts which were at hand almost the word was released. I will once again let the word speak for itself.

I have given you a mandate to complete the turnaround in 2018. And I say to you, the clear direction and governmental anointing you expected to experience in November for this nation is coming by My Spirit over Hanukkah. Stay tight with Me and tuned to My Spirit. Watch with Me, allowing no room for fleshly distraction. I am navigating you into a hard right turn which will preserve you and set you on the right course to your desired end!

Seek, sow, and secure. This is the word of the Lord to you!

Seek, Sow, Secure
Our obedience to the Lord is very simple. Today and throughout this week, I am asking each of you to consider sowing into the turnaround the Lord desires for our nation. We believe we are in a very key window of opportunity. The best way to secure your field is to sow your seed. The greater the release of the seed, the greater the yield of harvest.

And remember the Lord’s covenant promise to you as you present your contribution to the Lord Jesus Christ. In Malachi 3 He makes it clear. You return to Me through this divine exchange… I will open up the windows of Heaven for you! I will pour out a blessing upon you until it overflows. I will rebuke the devourer off of your field, so your harvest is secured.

Lets sow together into this window of opportunity the Lord has afforded us as the Lamplighter family. In case you’re wondering, I do have a goal I’m believing God for, and it’s a lot. He knows! Let’s just all do our part together as He leads, being made strong by what every joint supplies.

And together this Hanukkah we will secure the turnaround the Lord has promised for our land.

Covenant blessings to each of you, 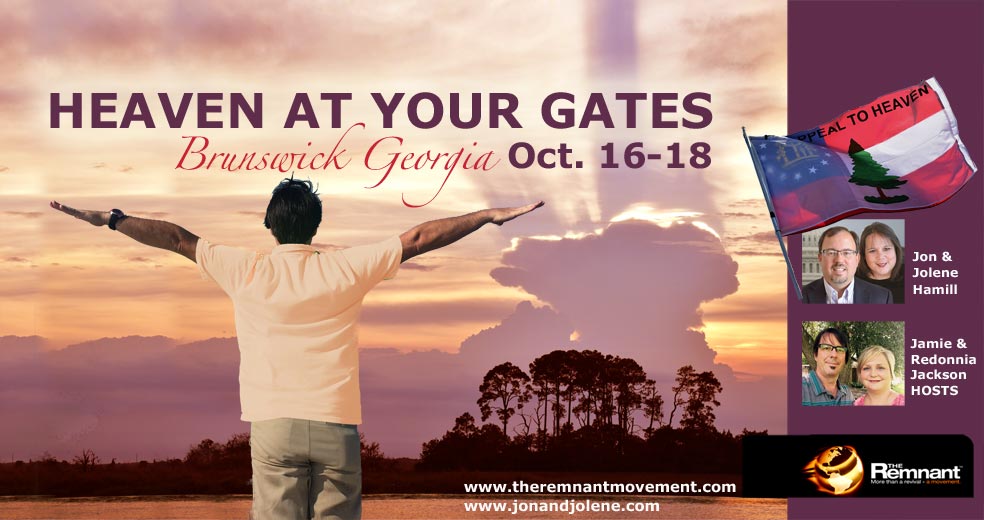 Breaking News! Heaven at Your Gates 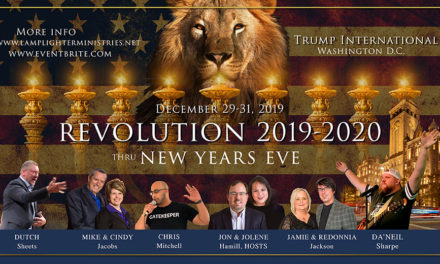