Rome to Jerusalem—Restoring the Covenant Lampstand! 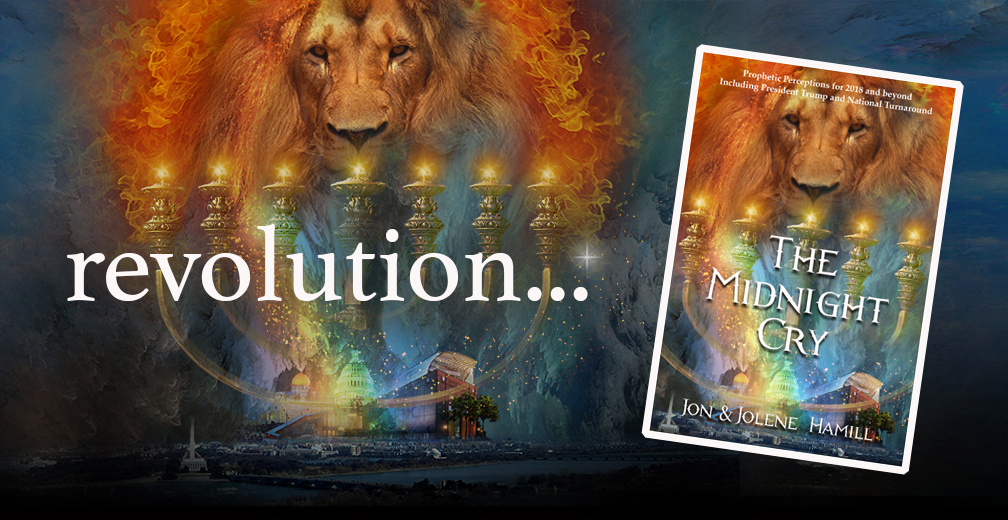 DEAR LAMPLIGHTER FAMILY,
Jesus is all about restoring our lamps of first-love passion and devotion right now. On both our parts it’s truly a labor of love. His covenant is a covenant of love. Always remember that love never betrays love in order to gain love. Stand for your covenant!

And lets all remember the invitation which awakens His people as thunder in a storm. Behold the Bridegroom. He’s coming. Rise up to meet Him!

Lets all light our lamps and arise to encounter Jesus in a new way. It will be worth it all.

Today I want to introduce you to a core focus for the Lamplighter family, culminating this fall. Our “Rome to Jerusalem Tour” is more than a tour. It is a prophetic witness to God’s real-time work releasing this “burning lamp awakening.”

Remember the Midnight Cry is an invitation to a wedding. We rise up, relight our lamps, and go out to meet the Lord. Where Friends, you are actually invited to the ultimate destination wedding. Jerusalem. Jesus. Under a bridal canopy!

And the Lord is asking us all to focus on a forerunning expression of this now in prayer. Note that much of what follows is excerpted from the final chapter of the Midnight Cry.

The Bridal Canopy
Since biblical days—in other words for thousands of years—the romance of a Jewish wedding has culminated under a small tent known as a “bridal canopy.” The bridegroom and his bride would join hands and hearts under this canopy, with family and friends surrounding them. Establishing covenant for life!

It’s no coincidence that, when God decided He wanted to dwell with His covenant people, He chose a tent to host His presence. The tabernacle is merely an expanded version of the chupah or bridal canopy.

According to Exodus 25 the Ark of the Covenant was to remain in the tent—an enduring witness of the marriage between the eternal God and His people. The table of showbread, the table of the Lord, was to display His covenant meal. And within the folds of the tent, the lampstand or menorah was to remain lit perpetually. A burning witness to the covenant affection which God intended from the beginning to be a hallmark of His relationship with His people.

Feast of Tabernacles
I find it very poignant that as the midnight cry is heard and the bridal procession begins, the burning lamps of nations will gather in Jerusalem for this end-time marriage celebration. Probably around Mount Zion and the Temple Mount. The Lord called Israel and the nations to remembrance there, to gather in tents every year according to their tribe and celebrate the Feast of Tabernacles.

Of course, this is the same location where David first set up a tabernacle, a bridal canopy to host God’s presence with 24-7 adoration celebrating Israel’s King. After David sinned, it’s where he repented. And then saw holy fire fall there, preserving Jerusalem and restoring his own heart.

It’s the place where God commanded that the fire on the altar must never go out.

Solomon opened the Temple there and the glory of God fell in such a magnitude that His priests couldn’t even stand to minister. The disciples gathered there in an upper room and the glory again swept in, baptizing them with the fire of the Holy Spirit.

God calls Zion His Throne. And His eyes will always be open, His ears attentive to the worship of His people on this mountain.

It’s on this mountain that the spiritual revolutionaries known as Maccabees risked it all to take back their heritage. They lit the burnt out candles of the menorah to reconsecrate their Temple to the Lord.

This Hanukkah miracle became a prototype for the miracle God performed at our own wedding, in a storefront church some six thousand miles from Zion’s hill. A summons had come to a faithful bride seven years beforehand, highlighting December 20. And when the Lord drew Jolene and me together, a mystery was revealed. Hanukkah marked the date this covenant bond was sealed. And God came with power. Lighting the unity candle of our menorah as all of our wedding guests watched and worshiped.

Remember it was on the anniversary of Hanukkah that God chose to descend in power and fill Miriam’s womb. She conceived the Light of the World. As this Child grew into manhood, He too fell in love and decided to get married.

This relationship cost Him everything—not only His reputation but even His own body and blood. He died on a cross just outside the gates of Zion. Most thought God had abandoned His bride. As He drew His last breath, few understood that He was giving His life to redeem her.

Then God’s power fell once more, this time to resurrect the Son of God, the Redeemer of Mankind. His bride awakened for the very first time. Like so many of her forefathers, she lit her lamp of love, of devotion and went out to meet Him. Joining as part of a glorious procession which culminates as all the nations gather under Zion’s bridal canopy, for the wedding of the ages.

Because God remembers. And His burning lamps are coming home.

Rome to Jerusalem 2018
We’re hoping to experience a foretaste of this end-time reunion in 2018, with a special prayer journey from Rome to Jerusalem culminating on the Feast of Tabernacles.

To understand its significance, lets briefly explore a piece of Jewish history surrounding the final menorah that was burning in the Temple when it was destroyed. This final Temple menorah, most likely relit by the Maccabees, was captured in Israel and carried off to Rome.

After the Maccabee revolt, the Roman empire overtook Greece and became the uniting force of global governance throughout the Mediterranean region. Jesus was born under Roman rule. Unfortunately the years following Jesus’ death and resurrection were marked by great despair for the Jewish people. In 70 AD Jerusalem again came under siege. Jews who were not taken captive escaped, and scattered over the face of the known world.

Rome destroyed the Second Jewish Temple during Tisha b’Av, the exact anniversary of the destruction of the first Jewish Temple. The Temple menorah was plundered from the Temple and carried to Rome on the backs of Jewish slaves. The freedom lamp had succumbed to captivity. The fire went out.

The Titus Door
Near the ancient forum, not far from Rome’s Campidoglio or Capitol Hill, a giant victory arch was erected to honor Rome’s global domination. The Arch of Titus famously features a sculpted panel depicting the scene of Jewish slaves carrying the Temple menorah into the city. Celebrating Rome’s conquest of Jerusalem.

Remember 2018 is the year of the door. The Arch of Titus represents the doorway by which the Jews entered into all of Europe in shame, prejudice and subjugation. Their dignity was crushed. Their most precious and sacred treasures were plundered.

Roman culture, morphed into Christianity, mentored the entire western world in hating the Jews. Pogroms and expulsions ran through the centuries, in all nations and most emerging expressions of Christianity. Ultimately this prejudice became embodied in a man and movement that systematically exterminated more than 6 million men, women and children during the holocaust.

We must do our small part, as empowered by Holy Spirit, in seeing the full reversal of this bondage.

The Roman Lampstand
Two centuries after the menorah was ripped from the Temple and handed to Rome, the Emperor Constantine sought for Rome to replace Jerusalem as the epicenter of religion. Symbolically, as the global lampstand for Christianity.

Over time, Constantine and his followers radically redefined the doctrines of Christianity. They divorced the faith of our fathers from our Jewish roots—including our Hebraic understanding of times, seasons and law.

And they hastily married Christianity to Roman beliefs and traditions. Temples became churches. The vestal virgins of Roman paganism became nuns. And whereas early church leaders shunned the worship of other gods, the hybrid created by this shotgun wedding proved much more tolerant. Syncretism. Many gods simply got an extreme makeover, gaining new identities as saints.

With all this said, Jolene and I love Rome. We were surprised and delighted to sense the pure presence of Holy Spirit over the region. God is moving powerfully in the city! And it is an honor to stand for God to release His full blessing and destiny for this ancient root of the Christian faith.

And without a doubt, so much good has come from this ground. The Reformation launched by Luther is seemingly more alive in the Catholic church now than much of the Protestant world. Salvation by faith in Christ alone is now an undisputed doctrine. Curial eyes are now often much more discerning regarding idolatry than their peers in other spheres of Christendom. Catholics today lead the pack in the pro-life movement, true heroes championing the unborn.

And sincere repentance to the Jewish people over the brutal legacy of anti-Semitism has brought tremendous healing.

Restoring the Lampstand to Jerusalem
While in Rome recently, I believe the Lord showed Jolene and me that it is now time to apostolically reverse this journey of the menorah. He desires to restore the burning lamp this year from Rome to Jerusalem.

Though there’s a lot of speculation, nobody but God knows where the original Temple menorah actually is. But I believe the Lord desires for many of His leaders and intercessors to carry their own menorahs as a symbolic act of this restoration.

Like the bridal party that awakens at midnight, we are going to light our lamps and make a journey. This journey is going to culminate with Israel’s Bridegroom, in a great celebration under a bridal canopy in the city He eternally calls home.

Jerusalem. 2018. The Feast of Tabernacles.

Like the branches of a menorah, the lampstand of our faith branches out to all the world! But it must be centered in Jerusalem. We are grafted into God’s covenant with the land and people Israel, not the other way around. By this journey we are declaring the restoration in Jesus—Yeshua—of our Jewish roots. Of our covenant roots.

What’s in this for Rome? Everything. Seeking God for this prophetic restoration by no means robs Rome, it frees Rome. By honoring God’s original intention for His lampstand in Jerusalem, the lampstand of the Lord which genuinely belongs to Rome in Christ will immediately become greatly empowered.

That’s the great power of God’s restoration. And I sense prophetically you will see great renewal in Rome as a result.

The burning lamp belongs in His tent! What a picture of a move of God’s Spirit in 2018 to reunite the burning lamps with the bridal canopy of His tabernacles movement. What an honor it will be to celebrate the Feast of Tabernacles in Jerusalem.

So friends, lets light our lamps—and from Rome to Jerusalem, lets go out to meet the Bridegroom in 2018. He’s standing at the gates even now, waiting for our arrival. Not by might nor by power but by My Spirit, says the Lord of hosts!

Capitol Turnaround and a Midnight Cry!

Storm Wars—Time to Turn the Tables! With Chuck Pierce Word