Prophetic Warning on Iran Nuclear Deal—Covenant with Death Must be Annulled! 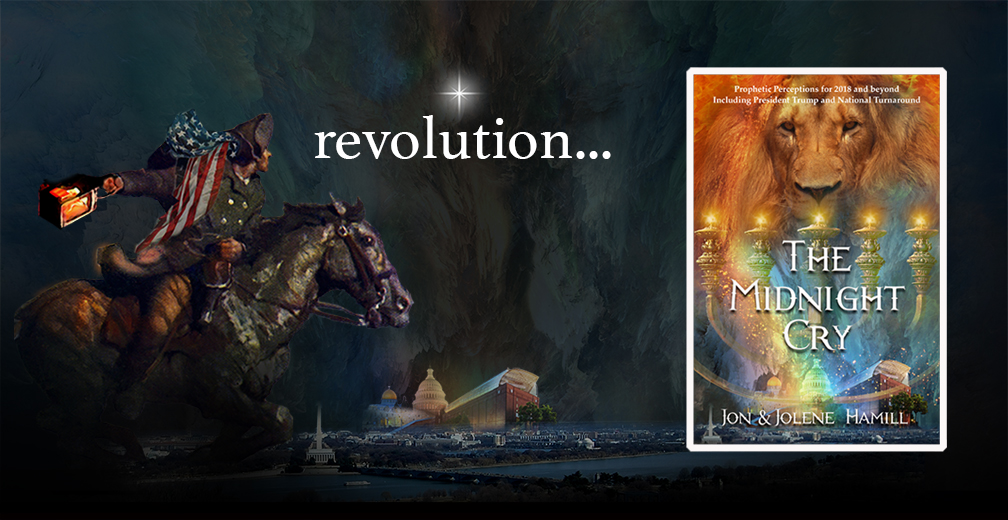 It is clear that Israel and America face an existential threat from a nuclear Iran. Even more potently, Mideast nations such as Jordan and Saudi Arabia face this prospect. Because even though Iran still considers Israel the “little satan” and America the “great satan,” the true goal of Iran is to wrestle control of Muslims worldwide and establish a Shia caliphate. For this quest, Mecca and Medina would be their true prize, with the Sunni nations in submission.

We address this potential pretty extensively in our new book Midnight Cry, in a chapter entitled “Conflict of Thrones.” Reviewing its pages, I was stunned to discover what I had actually written. Not sure if this makes sense or not. But sometimes while sharing prophetically, I simply don’t grasp the full content of what the Lord is conveying.

“Iran’s recent aggression is now being countered by an historic alliance between Saudi Arabia, Egypt, Jordan, Israel and the United States. Watch how covert aggression becomes open conflict in the days ahead. Eventually the Lord will turn this for good, even for the emergence of the Isaiah 19 highway” (Midnight Cry, pp. 58-59).

In the same chapter I share an edited version of a warning dream I received on July 13, 2015, just a day before the Iranian Nuclear Accords were officially announced. I saw a tsunami hitting Washington DC if wrong decisions were made. In the natural this didn’t make any sense whatsoever. But it’s sobering how Iran and Russia have seemingly aligned. Because apparently Russia is now developing a nuclear torpedo designed to ignite in the ocean and actually unleash a tsunami (to read CLICK HERE).

I’m learning to simply share what the Lord is showing. Please pray for me in this. Below is our posting in full, with a few notes after which are worth paying attention to.

Warning Dream—Iran Accords—July 13, 2015
To the watchful and the wise, greetings and covenant blessings. This morning I awoke at 5:30 am to an unsettling dream. Most news reports are saying the nuclear deal with Iran will be sealed by today, and I strongly believe this warning dream is a direct response from the Lord.

While praying over the dream, I felt the Spirit of God directing me to convey this warning immediately. And as a spiritual Paul Revere, I’m doing my best to follow through. You will see, though, that my own midnight ride was hindered. Please pray for us, that the Lord will establish us and empower us to successfully retain the full capacities to continue strong through coming challenges.

Final thought. We as a culture are being programmed to disbelieve there are consequences to our actions, especially in context with God’s heart and word. Perhaps the greatest challenge is actually believing what our own eyes are seeing.

Dream—Overflowing Waters at Midnight
In the dream this morning, I saw Washington DC from a different vantage point. Our Nation’s Capitol was behind a gigantic cliff next to the ocean. The cliff was on the highest hill, and acted as an impenetrable barrier against the ocean’s highest waves. Most of the city was built either on the hill towards the cliff, or below the hill in a valley.

It was midnight—allegorically, when Paul Revere began his midnight ride. I had just left a group of young prayer warriors who had gathered in the city for their annual ministry time. Friends from across the nation had just come in. They had just met and started going over procedures etc in preparation for their coming ministry work.

I loved the ocean from the cliff, and decided to drive up the hill and take in the view of the waves crashing far below. So inspiring and soothing—except this time.

For context, the vantage was like viewing the ocean from the Grand Canyon. Usually the ocean waves were at base of the cliff, hundreds of feet below. But this time the ocean was actually close to cresting over the cliff—like a tsunami!

I immediately drove back to the crowded homes of the young prayer warriors I had visited. I felt I had to visit them personally for them to actually believe the warning and respond. Shouted to them FLOOD! Water cresting over the hill—a disaster even never seen before!

One of the most competent leaders of the team was a young woman, and I knew if I could reach her she would implement the proper safety procedures for the entire community. Scared I was not going to be received because it was after midnight, and the girls section was supposed to be closed. But leadership meetings were still going on in what looked to be common areas of dorms. I was able to warn the entire leadership team.

After leaving the group, I searched for my vehicle to get out of town before the flood hit. But in the dream I could not find my car! Ran around the entire section of the city, clicking my remote, even hitting the alarm button. But to no avail.

As I glanced towards the hill, a little water began to flow over the bank. There was no traffic in the city, as everybody was asleep! No one was trying to escape, because nobody was even aware.

Then I looked again and saw flood waters rushing down from the hill towards the street I was on. I saw an open garage with a thick brick wall, and stepped inside hoping to lessen the impact of the coming torrent.

Overflowing Torrent—Interpretation
Many of you are gifted in dream interpretation, and by the Spirit can add to the understanding I have already received. But here briefly are a few points highlighted to me.

Therefore thus says the Lord God, “Behold, I am laying in Zion a stone, a tested stone, a costly cornerstone for the foundation, firmly placed. He who believes in it will not be disturbed. “I will make justice the measuring line and righteousness the level; then hail will sweep away the refuge of lies, and the waters will overflow the secret place.

“Your covenant with death will be canceled, and your pact with Sheol will not stand; when the overwhelming scourge passes through, then you become its trampling place. “As often as it passes through, it will seize you; For morning after morning it will pass through, anytime during the day or night, And it will be sheer terror to understand what it means.”

While praying over this dream the Lord spoke to me the phrase, “Conflict of Thrones.” Just a day later, Secretary John Kerry announced the Iranian nuclear accords on behalf of President Obama. As the deal was being sealed, Iranian leaders continued to threaten Israel and the United States. Ayatollah Khamenei even vowed that “Israel won’t even exist in 25 years.”

Congress was given 60 days to review the deal, voting in favor of the deal on September 10. At that very time, intercessors began to gather in Washington DC. My friend Jason Hershey launched the 24-7 David’s Tent on 9-11 or September 11.

Amazingly, the Iranian deal released 150 billion dollars immediately into the Iranian economy, accelerating capacities to terrorize Israel and Sunni nations of the mideast. Over decades Iran has been dedicated to igniting a Palestinian uprising or intifada. Terror groups such as Hezbollah and Hamas are being resourced towards this end.

Maybe it’s not a coincidence that on, September 11, sudden violence surged on the Temple Mount. Tensions have remained at a heightened level ever since… (Midnight Cry, pp. 54-55).

It seems we now have a limited window to deal with this crisis before it becomes an even greater threat. I am sobered by this and praying that authentic diplomacy based on truth prevail over the prospect of war. And I am glad that President Trump and Prime Minister Netanyahu are collaborating with great effectiveness. The second phase of God’s “Turnaround Verdict” is now in play. Pharaohs topple. Freedom advances as a result.

But one thing is also clear. As prophesied, we have truly entered a midnight hour. It’s time for a midnight watch to fully unleash God’s midnight turnaround. AND IT IS TIME FOR A MIDNIGHT CRY.