Friends, it’s 3:16 am, and a kairos time has truly opened. And I am giving my best to walk through the open door, capture the moment, and obtain the prize.

As I sit in my beach chair outside of the Pentagon City Mall, my biggest fear is that supplies will run short. But I’m also aware that most folks awake around here have more important issues to contend with. We are in a time of extreme vigilance at home and abroad, and the normalcy of liberty we take for granted is continually at stake. Pray for America’s watchmen!

Many of you know how the Lord led us to gather at Faneuil Hall Boston this July. He literally spoke to me to rent this “womb of revolution” on 7-22 because on that date He was releasing His “Daniel 7:22 verdict” in favor of the saints.

Then Gary Beaton entered our lives. I’ll never forget the phone call in which he spoke back to me the very words Holy Spirit had whispered. We were gathering to receive His Daniel 7:22 judgment in favor of the saints.

Gary’s own journey was extraordinary. Nine years before, on 7-22, 2005, the Lord led Gary to petition Heaven’s court, presenting a case on behalf of our nation. He called it “the Liberty Charter.” The Lord showed him to wait patiently before Him until His verdict was fully released. I don’t think he ever anticipated waiting nine years…

Here’s something crazy. Ten months before, Chuck Pierce’s assistant Brian Kooiman prophesied to our friend Linda Clark about a breakthrough that would occur as the 13 colonies gathered in Boston. “There will be a new sound and that sound that breaks through Boston says the Lord, will not just be freedom, it will be LIBERTY. The Lord says LIBERTY is going to be uncased through your bones!”

Cindy Jacobs also prophesied—to Linda, Jolene and me—to return to Faneuil Hall.“There is a reestablishment clause that I’m going to put into effect into this nation, says the Lord. And I’m going to give you the authority to decree for the turning back to the original intent!”

I know that with the “Re-Constitution of the United States,” we were given a portion of this verdict. Same with Chuck Pierce and Dutch Sheets, who thundered at the gathering about a new birth for our nation.

And I remember that heaven and earth literally stood at attention as Gary presented again the case below, and after nine years to the day the gavel finally fell.

Friends, you just cannot make this stuff up.

Blessings and Honor to the Royal Court of Heaven, to the Church in America and to the Church of His Elect scattered abroad in the nations.

Two centuries and twenty nine years ago, at the dawning of this great nation, many of the principal Founding Fathers of America made a collective, covenantal pact through the binding oaths and mystical rites of Freemasonry & Illumination to effectively create a spiritual, New World Order, knowingly or unknowingly, under satanic rule and domination. To initiate it, they were inspired to abdicate the righteous plan of God by justifying and sanctioning rebellion and revolution, and thereby, spiritually submitting the government and soul of America to the powers of darkness.

Lucifer, the Great Deceiver, believed he secured the fate of America as his own possession by also revealing a mystical pattern to the Founders to be used as the Great Seal, knowing that it had the ability to manifest power and dominion in the natural realm, since it was made in the likeness of the Great Seal of YHWH in heaven, with which he was once entrusted.

In return for their relinquishment of the truth, these Founders were promised by Lucifer the ideals of freedom, peace and prosperity for this nation and through Enlightenment, blindly embraced the deception that this utopian society would spread throughout the entire world for the ages to come. In their great thirst for knowledge, they were tempted into trusting in the brilliance gained from the Tree of Knowledge instead of the Tree of Life. They were promised light, but instead, were given over to a darkened understanding; and the consequences of their actions have ultimately caused the very erosion of the true spiritual freedom and abundance promised for their future. While the truths of “life, liberty and the pursuit of happiness are self-evident”, they can only be maintained under an uncompromising allegiance to Jesus Christ.

As Freemasons, Deists and Illuminists, they acknowledged the providence of a Creator and worshipped him as “The Great Architect of the Universe”, but they rejected the blood sacrifice of Jesus Christ as the sole redemptive instrument of God for man, and rather, chose their own good works as the vehicle for their propitiation in the heavenly court.

We, the people of these United States of America, now fully contend for this nation, on the basis that, as believers made in the image of God, our original right to rule and have dominion in the earth was restored to us by the redemptive and covenantal act of Messiah, in the shedding of His own blood. It is that blood that we hereby apply in our appeal in the heavenly court and it is in that blood that we ask for mercy and cleansing for our sins, that we as a nation might be forgiven.

We contend that God’s original intent was to birth this nation in peace, far from rebellion and revolution and that this intent can be restored.

We also contend that the counterfeit patterns used by Lucifer in the Great Seal of America are the same ones he has stolen from the Court of Heaven and has blasphemously used and abused throughout millennia to falsely profess domination of the Kingdoms of Heaven and Earth.

We apply the very principle quoted by Thomas Jefferson in the Declaration of Independence: “But when a long train of abuses and usurpations, pursuing invariably the same object, evinces a design to reduce them under absolute despotism, it is their right, it is their duty, to throw off such government, and to provide new guards for their future security.”

We share this sentiment with respect to the governmental authority that God created in the spirit realm and we can no longer tolerate the vast injustice and vicious tyrannical rule of Satan in this nation or in the whole of the earth itself. His usurpations and accusations against the people of God have threatened the very existence of this country. His rebellion and corruption has spoiled the nations, and we, like the Founders, ask for new guards of righteousness for our future security.

In repentance we ask forgiveness for their idolatry and rebellion, and by faith, plead that the redemptive blood of Christ be upon the sins of our forefathers. They were courageous men who believed they were doing what was right and we hold no malice or judgment against them.

The Constitution they conceived is fitting and yet frail. Its greatest intent can only be realized when it’s interpreted and maintained by a people whose precepts and lives are based on the eternal Word of God. At its least, where the standard of interpretation is left to human judgment alone, it becomes an instrument easily corrupted and threatening to the nation’s very existence, because of sin.

It is upon this decree, dated the twenty-second of July, two thousand five, in the acceptable year of our Lord, that we, as believers in Yeshua the Messiah and joint heirs of His Kingdom, issue a proclamation that Jesus Christ is the sole Lord, God and King over America and over all of the nations of the earth. We pledge our allegiance to Him and to His Kingdom and to this nation under God. In covenant, we bind ourselves in repentance and the fear of the Lord, in prayer that our proclamation can restore a righteous bearing and steer this nation away from the shallows, so she might long endure.

As of this day, we decree a new dawn for America, where Divine Order shifts the imbalance of wickedness, so that righteousness may flow into the governmental jurisdictions of the land…where purity and innocence are restored…where patriotism and the ideals of life, liberty and the pursuit of happiness are the inheritance of righteous government by the people under God, and not merely shining words used as a mask to cover the decay of corrupt deeds done in darkness. Those that herald the ideals of patriotism and liberty falsely, are not worthy to gain from the virtue or the blessing they afford.

As of this day, we issue a new edict in the name of YHWH, to proclaim a release to all held captive throughout heaven and earth by those acting in rebellion and sedition against the Throne of God and this nation, both in the heavenly realms and the governmental realms of man.

As of this day, we as citizens of this nation, affirm our dependence on God. We proclaim that this nation will never forfeit its sovereignty and boundaries to the designs of those who desire global unity based on a false promise of peace and harmony.

As of this day, we as Americans, bind ourselves and our government to stand by the State of Israel and proclaim an end to the reign of terror fostered by hell to destroy the covenant people of God.

We, as believers in Yeshua the Messiah, endeavoring to fulfill our God-given destiny on this earth, while laboring in the struggle for true spiritual freedom, find it necessary to break such spiritual bonds of oppression that have been forced upon us by those acting in rebellion against the Creator.

We hold that there are greater powers and greater universal laws at work here than those established by the governments and covenants of man, and believe that it is only fitting that we cast off the tyrannical rule of the wicked in the heavenlies that have subjugated us to unjust, imperial domination. This epic battle has endured for millennia and it is now, therefore, vital that we pursue a just course before the Heavenly Court and request the aid of the Divine Council to be granted favorable judgment from the Ancient of Days to complete our calling and fulfill His plans.

We, as Ambassadors of Christ and moral agents of God in the earth, do hereby bind ourselves and our eternal fortunes to this endeavor. All Glory and Honor to the King Eternal and to the Lamb, the Righteous Redeemer. 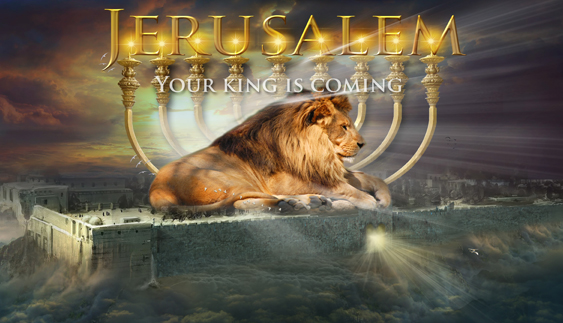 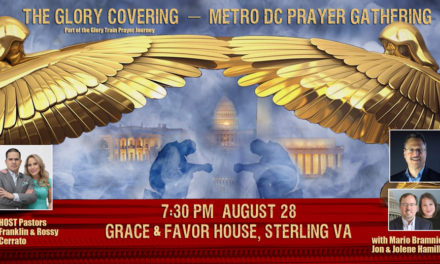