Some find solitude in a sanctuary, some by a riverbank, some in a cafe with friends. For Jolene, the sacred journey from anxiety to peace is often found within the aisles of Costco or Target.

Not that she buys anything. That’s not the point. In fact, when I come along I only make her more anxious, because of all the items I pick up to justify this use of time. Come to peace!

Jolene and I were coming to peace recently in a Target store in Arlington. It was hard to legitimize the super-high rent on Capitol Hill when we could save a few hundred dollars each month by living on the other side of the Potomac. We had looked at an apartment there, and were seeking God for direction.

Not only could we save money, we might also have an easier time spiritually. Before moving from Arlington to Capitol Hill, prophetic friends had warned us of a tangible difference in the spiritual climate. I doubted their perceptions. After all, at the time we lived right across from the Pentagon… how much harder could it be?

Having repented of judging my friends for being spiritual wimps… I was now huddled in a Target store, seeking refuge from my anxiety. Along came an email from my friend Brian Francis Hume. Brian is a legally-blind seer prophet from Virginia, whose revelation has enriched my life over many years. He had a message for me from a dream.

Given our predicament, the timing of this word was absolutely striking! Right on Target, you could say.

“I sit back down as students are intermingling with one another,” wrote Brian. “Jon Hamill emerges. I tell him that I have a prophetic dream for him that I just finished writing down. I wrote it down like a promotional flyer–however, I can’t recall every single detail of the flyer. I point to the heading, which is in big bold letters: CHANGE DC. Jon is obviously quite excited…”

Change DC. Let me tell you–after seeking God for clear confirmation to remain in Washington DC, Brian’s directive from the Lord sure sparked some excitement.

Capitol Hill: Where Change Begins
For brevity’s sake, I’ll mention only one other part of this word. Brian then sees my face as the face of a local pastor. “Next I point to the “F” underneath this sentence, which was standing all by itself, and, almost apologetically, I say, “I don’t know DC at all, but perhaps there’s an “F” Street in DC where this change is going to start.”

F Street. Brian did not know this, but the pastor he saw in his dream actually has a coffee shop on F Street on Capitol Hill. Only two blocks away from our H Street apartment!

In the venerable words of an ancient sage…. can’t make this up. Thank you Jesus for your targeted confirmation–even on remaining on Capitol Hill to see this change occur!

Covenant: Catalyst for Kingdom Change
Friends, if there’s one thing I’ve learned since being here in DC, it’s that in and of ourselves, we can do nothing to facilitate change. When we move by the clear direction of the Spirit of God we always see results. But holding that “breaker place” in the spirit, where purpose meets manifestation, has been tougher in DC than almost anywhere else. There really is a difference between coming into the city and abiding here.

What propels our work is a core conviction that God has established covenant with this land, including our Capitol. It was here in this ‘occupied city’ that the Lord both heard our pleas for covenant renewal and so dramatically confirmed His affirmation.

Covenant is the only catalyst for true Kingdom change. Now that His covenant has been confirmed, it’s time for His covenant to be established. That is frankly why we’re here in DC–that is our assignment from the Lord Jesus Christ.

And for so many friends, changing your region by establishing God’s covenant is your “now” assignment as well. It’s so worth the struggle. Because this covenant relationship between Bridegroom and bride is the only legitimate pathway to God’s New Birth of Freedom.

“The covenant I have made with you, you shall not forget, nor shall you fear other gods. But the Lord your God you shall fear, and He shall deliver you from the hand of every adversary” (II Kings 17:38-39). 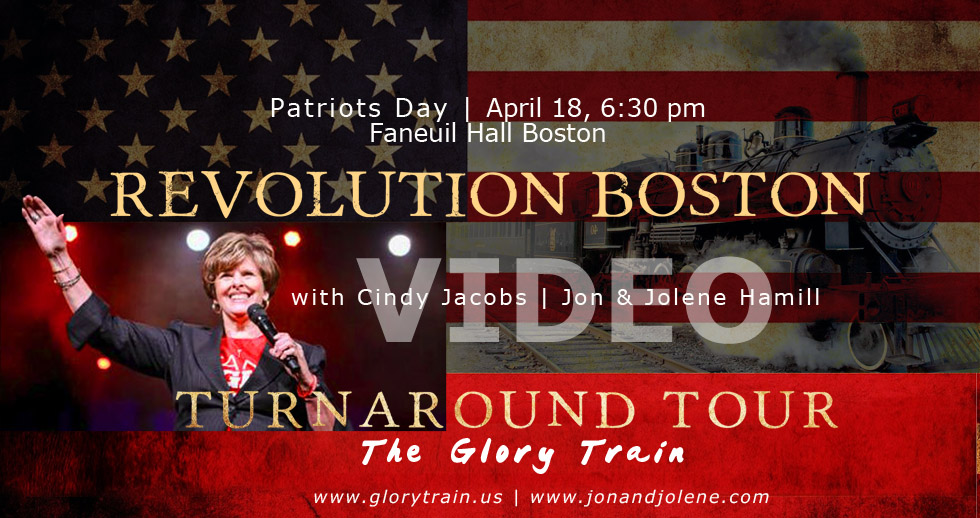 PRAYER ALERT: Beheading in Oklahoma—WE WILL NOT BE INTIMIDATED