America mourns today after a deadly shooting at the premier of “Dark Knight Rising” in Aurora, Colorado. At least 12 were killed, and 40 wounded in this midnight tragedy, which occurred 20 miles from the Columbine shooting. Our hearts and prayers are with the victims of this tragedy and their families!

FBI and police are now dismantling booby traps tied to bombs in shooter James Holmes’ Aurora apartment. Police initially received a 911 call from a tenant at about the time of the shooting as Holmes left a song blaring on repeat at his apartment.

A profile of shooter James Holmes is just now emerging. According to ABC News, Holmes’ mother replied simply, “You have the right person” after breaking the news to her about the shooting. Early reports indicated that Holmes’ father emigrated from Turkey, and that he grew up in San Diego. No known ties to terrorist groups have been found.

This strike in America falls on the heels of a terrorist strike against Israeli youths on vacation in Bulgaria. Five youths and two adults were killed in the suicide bombing.

Tragedy Occurred on First of Av–Nine Day Watch
It is perhaps no coincidence that the Hebrew month of Av began last evening, with a nine day countdown to Tisha b’Av. As we have recounted throughout this “Dire Straits” project, Jews mark this period with prayer, fasting and remembrance for the tragedies that have befallen their people throughout history during this time. Many Jews mark the “Nine Days” with further lifestyle changes as part of their fasting.

Yesterday evening also marked the beginning of Ramadan, an Islamic observance with a month of prayer and fasting.

Enemy Seeking to Perpetuate Generational Tragedy
Let me first be clear that, when Jolene and I write about “the enemy,” we are not talking about any person, religion or government. Instead, we are talking about Satan and spiritual forces aligned with this supernatural being (see Ephesians 6). They are the true enemies to all humanity.

That said, we felt very strongly that the enemy was not only wanting to pull Israel into the generational legacy of tragedy this year, but also America. This has been a key theme of our postings throughout this time. Lets keep vigilance in prayer against copycat terror strikes–both shootings and suicide bombings–for America and Israel.

Much of our warnings from the Lord have had to do with Iran. Initial reports indicate that Iranian-linked terror group Hezbollah is behind the bombing in Bulgaria. Further, the New York Times reported today that NYPD analysts have connected nine 2012 terrorist plots to either Iran’s Revolutionary Guards or their proxies, including Hezbollah.

News reports have previously reported that strikes against Iran could potentially trigger terrorist strikes from sleeper cells within the United States and Europe.

Prayer Points
Keep watch! Clear prayer points need to carry us through this season. Again, Jolene and I strongly recommend Pslam 91 and II Thessalonians 3:1-4 as a launching into intercession:

Finally, brethren, pray for us, that the WORD OF THE LORD may RUN SWIFTLY AND BE GLORIFIED, just as it is with you, and that we may be DELIVERED FROM UNREASONABLE AND WICKED MEN; for not all have faith. But the THE LORD IS FAITHFUL, who will ESTABLISH YOU AND GUARD YOU from the evil one. (2 Thess. 3:1-4).

Lets pray state by state, region by region. Pray much in the Spirit over these points. Please include Washington DC in your prayers!

1. Lord, please be with the families of those who have lost loved ones here and in Israel. Grant the comfort that only You can give! Please preserve all who have been wounded. We speak life over them! Heal them from trauma. Comfort them and draw them and their families to Christ!

2. Forbid all attempts at “copycat strikes”–both shootings and suicide bombings, in America, Israel, and the nations. Expose all terrorist plots.

3. Restrain the enemy in every realm and dimension of the spirit and natural world! Where the enemy is attempting to trigger people spiritually and/or emotionally to bring further harm, please counteract the enemy’s tactics. Release Your word, Your voice, in the place of the enemy. Shut all gates of sabotage!

4. Lord, be with the first responders, investigators and analysts responding to these terror strikes. Be with our intelligence agencies and analysts. Give Holy Spirit intel to Your Joshuas and Calebs. Expose everything the enemy is trying to hide. Again, expose and overthrow all attempts to perpetuate terror in this season, here and abroad. Shut all gates of sabotage!

5. Muslims around the world are fasting and praying to know God. Release to seeking Muslims Your Spirit of revelation in the knowledge of Jesus (Ephesians 1:17). Show them, Lord, that You are a Father, You have a Son who died to redeem us all, and that they truly have an inheritance in You!

6. Jewish faithful around the world are fasting and praying in remembrance of the tragedies of Dire Straits and Tisha b’Av. Israel is on high alert against further terrorist threats, chemical warfare from Syria’s Assad, and nuclear threats from Iran. Release to seeking Jews Your Spirit of revelation in the knowledge of Jesus (Ephesians 1:17). Show them, Lord, that You are a Father, You have a Son who died to redeem us all, and that they truly have an inheritance in You!

7. Lord be with our military, especially in and around the Strait of Hormuz during this season. Threats abound and tensions are high. We pray against all acts of sabotage! Expose all snares of the enemy. We ask, Lord, that You prevent the enemy from triggering any Mideast war prematurely. We ask that You open a window to completely neutralize the Iranian government’s nuclear threat against Israel and the United States–now and for all time. In Jesus’ Name, AMEN.

April 16: Boston–An Explosion of My Spirit! With Chuck Pierce 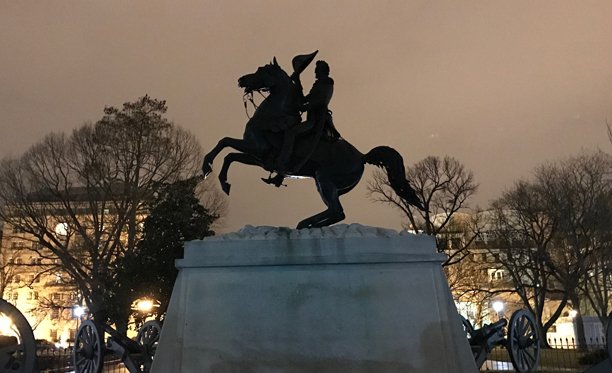