As the Feast of Tabernacles continued yesterday, thousands of believers from the metro DC region gathered to pray on the Lincoln Memorial. The gathering was led by Lon Solomon, a renown regional evangelical pastor who experienced a life-changing encounter with the Lord this summer. Together the body of Christ welcomed Holy Spirit, repented for sins, and stood in united, resolute faith for revival in the Capitol!

Lon Solomon, center, pastor of McLean Bible Church, leads from his knees Monday at a regional prayer gathering at the Lincoln Memorial.

Both the gathering itself and the journey of its leader, Pastor Lon Solomon of McLean Bible Church, are extraordinary. Until a few months ago, Pastor Solomon probably wouldn’t have had much to do with most of the folks who showed up at the gathering—charismatics especially.

But this summer God literally visited the renown evangelical pastor in a literal “Isaiah 6” experience. The Lord penetrated his heart in a deep way with a call to return to first-love devotion to Jesus. He was provoked to tears and repentance for building his own “kingdom” while isolating from the broader body of Christ!

Since this time, he has been personally visiting pastors throughout the region, sharing his experience and seeking their forgiveness for his isolation. Yesterday’s meeting was birthed out of this extraordinary repentance.

Prophetic Perspective
It is true we live in challenging times. Yet as yesterday’s event conveys, God is clearly moving! The body of Christ is now being summoned to rise out of our chambers of isolation, and shine His light together against this encroaching darkness.

Covenants restored are now being established. Lamplighter readers know the Lincoln Memorial is so special to us personally. On these very steps three years ago, we saw covenant with the Lord restored for our nation. Prophetically, I believe that as of 7-22 we have entered into a season where the covenants with God that have been restored are now being established. Yesterday’s gathering was a clear demonstration of this.

Scrolls are Now Being Released. Last night at our home group, I saw a vision of a scroll, with words literally leaping off of the page and forming new realities. And I knew that angels of the Lord were being released to deposit these scrolls to those entrusted to receive these Throne Room revelations and assignments.

Please note that in the midst of Isaiah’s visitation, a fresh assignment was given that would define the rest of his life. This is exactly what occurred with Pastor Solomon as well.

I’ll even go so far as to say that yesterday marked a season where these angelic hosts are being dispatched. It was extraordinary to watch Chuck Pierce’s “5:15 movement prayer” this morning. Because Ann Tate prophesied about this very thing, shifting much of the focus to declaring the release of these scrolls, with angelic hosts accompanying their delivery.

Can’t make this stuff up. You really can’t!

Your Invitation to Visitation. Remember that our word and focus for this year is the “Isaiah 6 unveiling” of God’s unshakeable Throne. We felt that from Tabernacles 2013 to Tabernacles 2014 especially, God would uniquely usher many of His people into a life-changing encounter such as Isaiah experienced.

How awesome that yesterday’s gathering was held over Tabernacles! Led by a renown evangelical pastor who seemingly had this very experience!

Our God is awesome. And beloved, this same invitation to encounter Him in a new way is for you, right now. Please consider the word below as a scroll from the Lord, resounding again His summons. And may you experience tangibly His unshakeable Throne!

HAPPY THANKSGIVUKKAH to you! Jolene and I are honored to count you among the Lamplighter family, and our hearts and prayers are with you over the coming days of celebration. We all have so much to be thankful for! May God’s richest blessing be upon you and those you cherish.

And as we celebrate, lets remember the historic convergence of Thanksgiving and Hanukkah, pilgrims and spiritual revolutionaries who gave it all for God’s covenant with their respective nations to be established and honored. May the freedom vigil they began be kept in our time. And may the fire on the altar never go out!

Of course, it goes without saying to please pray for Israel in this unsettling hour…

Isaiah 6: Vision of the Unshakeable Throne
I feel today to briefly share the prophetic mandate that the Lord has spoken to us for 2014. Of course we’re focused on the Crown and Throne as a new move of the Spirit, a new expression of His heart and authority in the earth. But within this context, the Lord time and again has recently drawn my attention to Isaiah 6. The passage chronicles how, in a year of governmental shaking, Isaiah experienced the majesty of God’s unshakeable Throne.

In September the Lord unexpectedly brought us to Israel—our first trip—to bear witness to the birthing of God’s “Crown and Throne” movement. And it was in Israel that we first heard the US government had shut down. Government employees were furloughed. The National Mall had actually been shut down!

And I feared that Davids Tent, a 40 day expression of 24/7 worship on the White House Ellipse, might be forced to vacate the premises as well. Astoundingly, Davids Tent was the only ongoing event allowed to remain on the National Mall, due to the type of permit the team had been granted.

While watching these challenges unfold in Washington DC, the Lord began to speak to me about His unshakeable Throne. I realized that for the second year in a row, Davids Tent became a prophetic witness to our nation. The government of man had been shut down. But the government of God remained!

Glory Through the Gates
Through this government shutdown the Lord was bearing witness to my heart that the days of Isaiah 6 are returning. Who really rules? Who is our true source of provision? The purity of our trust is being tested and refined.

Isaiah begins his account with “In the year King Uzziah died, I saw the Lord, sitting on the THRONE, high and lofty…” King Uzziah had died—and the government of man had essentially shut down. It was in the same year of this occurrence that the Lord gave Isaiah a vision of His unshakeable Throne.

Watch this year for similar prophetic experiences. In 2014—within the same year as our government shutdown—God is opening the heavens and unveiling the King of glory on His Throne. What we’re calling “the Crown and Throne” is going to become personal and hauntingly real as the King’s domain is revealed!

There’s so much more to share from this passage that is revenant to this hour. Isaiah 6 conveys a move into Throne Room worship, with proclamation that releases God’s glory through the gates of the Temple. Watch for our worship to shift into a greater Throne Room expression. Also, watch this year for His glory to be restored through the gates!

Also we see from this passage that Isaiah was undone by this encounter. Primarily he was convicted of having unclean lips. He was dwelling among a people of unclean lips. God is moving now to purge His leaders and intercessors of uncleanness in our mouths, in our hearts and our words. Don’t be discouraged—this is part of the preparation for His glory to be released through our gates!

Finally for now, it’s important to understand why King Uzziah was disciplined by the Lord. From II Chronicles: “When he became strong, his heart was so proud that he acted corruptly, and he was unfaithful to the Lord his God, for he entered the temple of the Lord to burn incense on the altar of incense” (II Chron. 26: 15-16).

Verdict: Balance of Power Upheld
Not unlike America, Israel’s government was established with a balance of power between three offices, or branches: the prophet, priest and king. As king, Uzziah actually “crossed the line” and took on priestly duties by burning incense. In other words, he brought to bear an undue influence of his kingly branch upon the priestly branch. The resulting judgment from the Lord was essentially government shutdown, but even more. Uzziah actually died.

Beloved, it is an imperative to watch against pride in this hour. We must be careful not to pridefully assume we know what’s best, or that the ends justify the means. We must all be careful to honor and embrace the balance of power that has been established for our own good—and above all else, for the good of others! Governmentally, this is a covenantal foundation the Pilgrims sought to establish as a beach-head against dictatorship in their governance and that which was to come.

Amen. Something we all should ponder while eating our turkeys and relighting the menorah. Covenant blessings to each of you, and again… HAPPY THANKSGIVUKKAH! 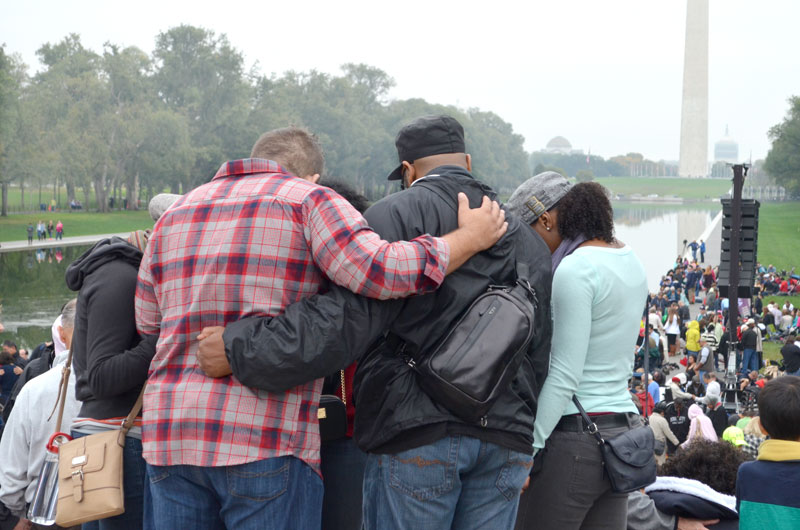 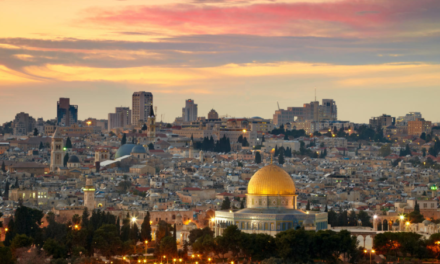