Thank you Jesus! It just gets better and better.

For the past few days, I have been totally blessed to come alongside my friend James Goll for the HIM Prophetic Conference. Last night the power of God came in breakthrough (photos on Facebook). Here’s what happened.

Che Ahn presided as Lou Engle, Mickey Robinson, Stacey Campbell, Shawn Bolz, Andre Ashby and many others were commissioned into the prophetic ministry. Bobby Conner, Chuck Pierce, and James Goll were on hand to prophesy into this. Then Chuck Pierce gave a commissioning word to Che and Sue Ahn about entering into a double portion anointing. As Chuck wrapped a special tallit from Israel around them, God moved in power—and they both vibrated off their chairs!

Commissioned into a New Move of God—Chuck Pierce
Wild. And God’s power hit the place corporately, ushering us all through a new door into a new cycle! Chuck’s message essentially gave an interpretation of what just occurred by the Holy Spirit. He talked about three baptisms related to the birth of the church. First, John the Baptist prepared the way for Jesus through baptism. This baptism commissioned people into the next phase of God’s move.

Never saw that before. And it explained why so many proven prophets were again being commissioned. As Chuck prophesied, God is wanting to commission us all into the next phase of His move in the earth!

Prophetic Signpost—James Goll
Now this brings me to my awesome friend James Goll. Just the night before, James shared about how God had advanced him from a season of “letting go” to a renewal of increase. Restoration of all the enemy had stolen in the previous season! James shared how his own life was a prophetic parable of what the body of Christ has been going through. And how his season of breakthrough is prophesying to us all the end of one cycle, and the beginning of a new cycle!

Ok. So just to put this together. Out of the word and life of two of the most prominent prophetic voices on the planet, A NEW CYCLE HAS BEGUN FOR THE BODY OF CHRIST!

Interestingly, James began to enter into this new cycle personally right around the fall feasts—which is when we felt this Crown and Throne movement had been birthed by the Lord.

Bob Jones—THANKSGIVUKKAH!
A new movement has indeed been released. Let me end with a final perception that Lamplighter readers will find truly wild. Che Ahn shared a perception senior prophet Bob Jones had given him last year. THAT THE NEW MOVE OF THE SPIRIT—REVIVAL, TRANSFORMATION, HEALING—had finally been released. Over Hanukkah and Thanksgiving—THANKSGIVUKKAH!

From James Goll to Chuck Pierce to Bob Jones… you just cannot make this stuff up!

We felt this convergence of Thanksgiving and Hanukkah was significant as well. So strongly, we included late-breaking insights in our new book Crown & Throne. If you want to read more about what the Lord is conveying, please order your copy now at www.lamplighterministries.net!

Commissioned for a World War Watch 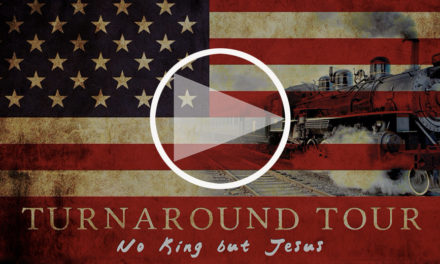 WATCH! In 2016 We Prophesied Turnaround for Presidency, Economy, Even Iran…