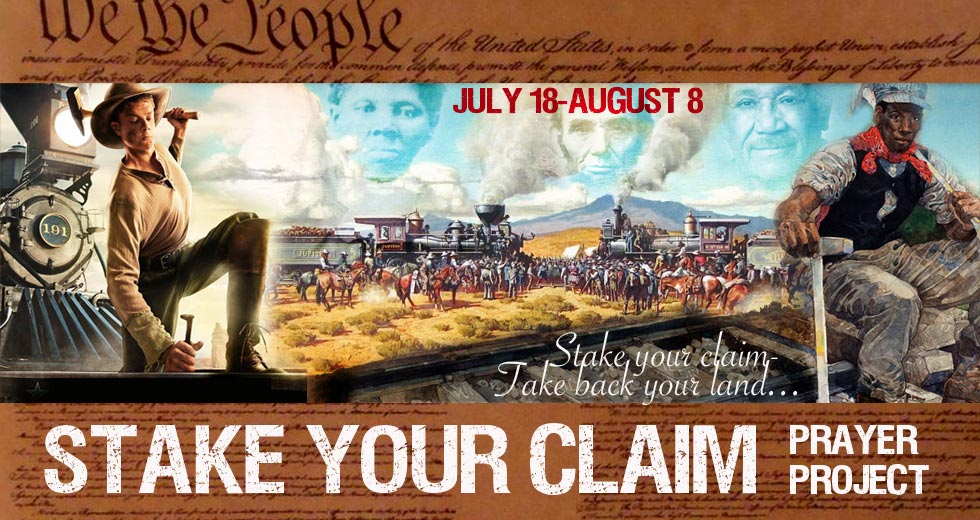 Thank you Lamplighter family for praying for us! We had a POWERFUL time in Sioux Falls SD last night. It was one of those nights where the interior tremors of Holy Spirit kept me awake long after the ministry time. Our friend Betsy Moeller is doing an incredible job leading the state, establishing an unprecedented partnership with Native American leaders to see South Dakota alive, healed and advancing. Watch for a move of revival to sweep the entire state.

Platforms of Deception and Sabotage
Today as conventions close I feel it’s important to drop a prophetic plumbline and bluntly convey what I feel to be the heart of God. It is reprehensible that a US political party would choose to build its platform on the innocent bloodshed of systemic abortion—free abortion, paid for by the taxpayers no matter our personal convictions.

Warning! Only in the occult realm is a covenant with death honored. As Isaiah prophesied, covenants with death are made intentionally to protect leaders in their sin. So they can operate in high level deceit, abuse and lawlessness without being discovered, without justice. Just read Isaiah 28. The passage so clearly prophesies into the horrific politics of this hour it will make your hair stand on end.

Thankfully the passage prophesies God’s verdict on the matter as well. Covenant with death ANNULLED.

Nation Under God?
I felt unusually burdened to give a very strong warning deception and abuse in politics this last Sunday evening while ministering in Cheyenne Wyoming. And we together received grace from Heaven to prophesy turnaround!

The Lord brought to remembrance a visionary experience from 2006. The Spirit of God used the imagery of an old western town, complete with sheriffs and bandits and cowboys with lassoes, to convey His warning to the nation to stand against injustice in leadership.

And friends, we must stand for justice. For the unborn, for the least of the least in society, for the average citizen, for the elites of society. Remember our Pledge of Allegiance. “One Nation, under God, indivisible, with LIBERTY AND JUSTICE FOR ALL!”

Beloved, if we do not get back on track as nation of justice by no means will we remain a nation under God. That is exactly the enemy’s intention. As we’ve conveyed many times before, God wants to shut the gate of sabotage. Remember how Pharaoh arose to abort the firstborn of Israel in Moses’ day, and King Herod arose in Jesus’ day to vanquish the very seed of God. In our day, the unrepentant actions of a few compromised leaders are again being set in motion by the enemy enemy to abort God’s covenant purposes.

Have we not learned this lesson already? Friends it’s time to shut this gate. It’s time to get back on track with the Lord.

Bandits and Sheriffs—Prophetic Warning from 2006
Below is the dream the Lord gave me back in 2006. I personally believe this dream is a warning to leaders in every sphere of society. It’s important to note there was almost an immediate confirmation, as a major Christian leader was exposed in his compromise soon after the posting appeared.

In the dream some friends and I were in an “old west” town, complete with sheriffs and bandits.  Our job was to track the bandits and bring them in.

My friends and I would round up gangs of these bandits, strip them of their weapons, and present them to the authorities.  Their loot would be turned over as well. The capture of these gangs would bring great celebration to the town. Authorities would parade these gangs through the streets, gaining popularity for their accomplishments.

But when night fell, some of these same authorities would sneak to the jail and unlock the gate for the bad guys to escape.  They would give them money, and even re-arm the bandits with their weapons.

Finding Resolution
Two times in the dream my friends and I risked our lives to capture the same bandits.  Two times we got breakthrough, overcame the gang and confiscated their loot. We presented the bandits and their goods to the authorities. They were paraded through town in a great celebration… and then to my surprise once again secretly re-armed and released in the middle of the night.

During the last battle my friend got wounded, nearly losing his life in a gun fight while trying to recapture the posse.  The bullet he took was from a gun returned to the bandit by a sheriff!  In the dream, I became aware of the actions of these subversive sheriffs. The battle suddenly became real. And so did my resolution for justice.

Enemy Bound?
The scene changed to the town courthouse.  In the dream, the bandits were all on the courthouse steps, chained to each other as though finally brought to justice.  In fact, this was my initial sense—this cycle was finally over!

The town’s authorities were leading a processional towards the courthouse, celebrating and being celebrated as the gang of bandits finally had been bound and captured for good.

But as the authorities drew near to the steps, the gang members shook loose their handcuffs and chains.  Clearly, neither the chains nor the handcuffs had even been locked.  They had staged their own arrest!  The bandits then grabbed guns from behind their backs and began taking out the un-armed authorities at close range.

Being an Intercessor…
OK agree with me. My first statement was true after all. Being an intercessor truly is hard work—especially under these circumstances!

Because in the dream, the intercessors were the ones who rounded up the bad guys and presented them to the authorities. Unfortunately, a few of the authorities were subversive. They kept much of the “loot” for themselves, while re-arming the bandits and turning them loose in the middle of the night. By this the bandits kept plundering the townsfolk, and re-lining the pockets of a certain few when captured.

Rejecting Jezebel’s Table
In the dream, it all seemed like a game—or a wild west movie—until my friend got shot. Then it became real. Friends, our resolve needs to reflect the reality of our season of history. God is doing whatever He can to awaken us, and drive out of our lives a toleration for greed. Especially when it leads to compromise and betrayal.

Beloved, it is time for all of us to disengage from Jezebel’s table—from supply tied to compromise—and return to the Table of the Lord. It is time for covenant loyalty to become attractive again.

We Honor You
Lamplighter Ministries wants to personally thank the intercessors across this nation who have endured hardships to subdue the enemy and protect our leaders, churches, communities and government. We are in challenging times, I know. Many of you have been misunderstood. Many of you have taken a bullet in the service of a friend. PLEASE continue to keep your heart pure, and your fire burning. Run your race with renewed endurance. You are honored and cherished by the Lord!

And lets together shut these gates of sabotage. Covenant blessings!

The "Yes" Scepter is Being Extended! Lynnie Harlow's Vision