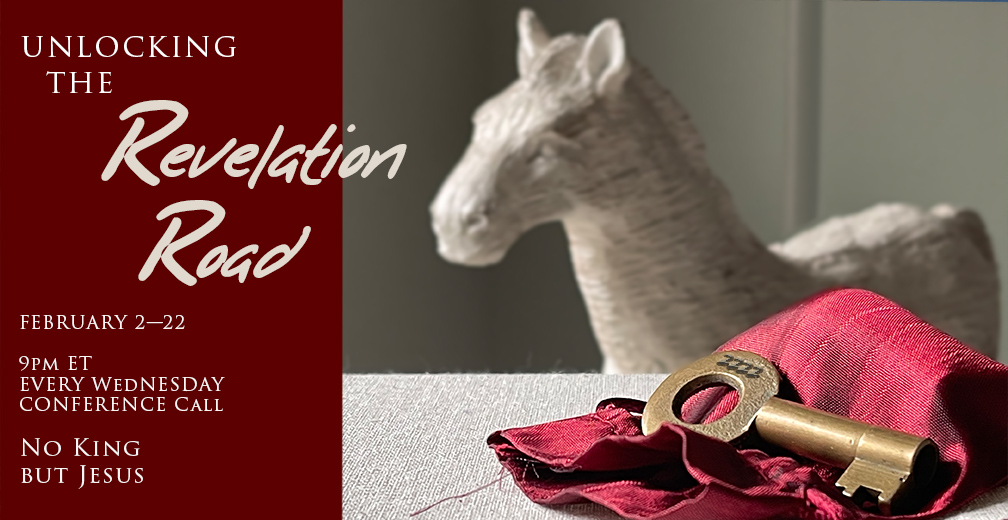 LAMPLIGHTER CALL WEDNESDAY! 9PM ET. Our call will launch a prayer vigil that is vital for each of you to enter into. Lets unlock the gates to the Revelation Road! Conference Call: (605) 313-5156 access code 552-690. Use *6 to mute/unmute. Invite your friends to join us. Remember pre-conference call prayer begins at 8:45pm!

UNLOCKING THE REVELATION ROAD, FEB. 2-22. New prayer project! Remember the pure in heart will see God. It’s time to purify! Note that Jon and Jolene are in an extended season of seeking the Lord and postings will be released less frequently than usual, as directed by Him.

DEAR KEEPERS OF THE MIDNIGHT WATCH,
AMERICA’S MIDNIGHT HOUR seems to be at hand. The great news is that your light shines brightest against a backdrop of darkness. And it is going to take great light to illuminate the pathway ahead.

Let me emphasize that whatever it may look like right now, the Lord has declared redemption for America as His verdict! He is both fully willing and fully capable of upholding His decision. And the scope of His work in our midst will be far greater than we can imagine.

For more than a year I sensed we were entering a season where revelation from the Lord—and even revelation from the Book of Revelation—would be unlocked for us. In fact, this focus became a primary theme of our Revolution conference from New Years Eve 2019 into 2020. We were fully prepared to launch into this journey, even including a tour to Patmos where the Apostle John received the prophetic experiences documented in the Book of Revelation. Then covid hit.

So fast forward to New Years Eve 2020, leading into 2021. I was again yearning to launch into this project. But I felt a divine hand of restraint. It was almost as though the era of Donald John Trump had to officially close before we were released to share. Because with the sharing of this word, I feel we are governmentally entering into a fuller dimension of the time that was prophesied.

Beginning in 2017 we shared a word with you that by 2020 America would face a series of midnight crises. How we confronted these crises, and overcame them, would even become a roadmap for those who live in the very last period of the “last days.” Matthew 25 was highlighted—the parable of the virgins and the Bridegroom.

We are fully in this season as of now. If you want proof of the validity of this word, please consider:

The 2020 elections illicitly unseated a president dedicated to freedom of religion, freedom of speech, restraining abortion, honoring Israel, and disempowering the globalist agenda. Two weeks into the new presidency, we can see how the era has changed.

Despite mankind’s best efforts we are still in the midst of a covid crisis.

And just yesterday, plans were revealed to build a revised version of the Tower of Babel in Washington DC. Actually technically Northern Virginia, right across from the Pentagon. The zigga is planned to become the showcase structure of the new Amazon HQ2 facility. TO READ AND VIEW CLICK HERE.

As we have warned relentlessly, within the context of the 2020 elections forces of darkness are seeking to turn Washington DC into a modern Babylon, an epicenter for global governance tied to idolatry. All signs are that the new administration is accelerating towards this direction. Now even a tower is being rebuilt in our midst, symbolically claiming the ground.

The good news is that God not only warned us beforehand, but promised us victory. The midnight crises will give way to a midnight turnaround as we continue to keep watch. We will see a midnight awakening, where vast multitudes arise, shine their lamps of passion and prayer, and go out to meet Jesus the Bridegroom.

So with this, lets begin our journey along the road that leads to this very turnaround. The Revelation Road. From White House Watchmen Chapter 6:

The Revelation Road. For today’s freedom riders, the King’s highway is a Revolution Road which always leads to victory. And for 2020 and beyond the King’s highway is not only a Revolution Road, it is a Revelation Road. In the latter part of 2020 and beyond, revelatory scrolls are being released to guide the body of Christ on a midnight procession. As Jesus prophesied—it’s time to light your lamps and go out to meet the Bridegroom.

Our journey along this Revelation Road, this Revolution Road, will mobilize the body of Christ in America to secure our inherited freedoms for our generations to come. Dry bones will come alive. The Breaker breaks open!

Remember the journey of Joseph and Miriam. Once Jesus was birthed there was a multiple-year window of vulnerability that threatened His life. Joseph was given direction in a dream, and a Revelation Road opened up for them to be protected. We are in a similar hour today.

Watch for God’s clear direction to direct your path! Watch for the Lord to break forth in breakthrough revival along the Isaiah 19 highway which they traveled. The revelation of Jesus will be so profound that multitudes will come from across the world to experience His glory.

Watch also for crises to break out which even spark a mass exodus. The body of Christ must intervene to turn these crisis highways to Revelation Roads.

Most importantly, along this Revelation Road many in the body of Christ will gain an unveiling of Jesus Christ. This is the ultimate breakthrough revelation! We will see Him in every dimension of His majesty. The Lion in His humility. The Lamb in His kingship. His unimaginable sacrifice for us and His eternal worthiness.

Further, I believe the Book of Revelation will come alive to us in a way it never has before. Living, breathing, burning scrolls to guide us along the way. Who but God knows where this Revelation Road will take you. Finding out will be the adventure of a lifetime! 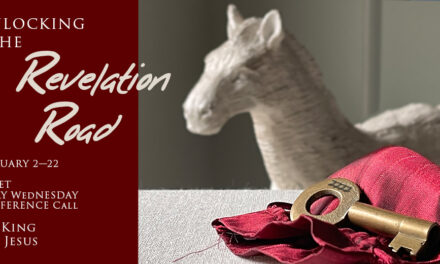 TRUMP, THE PROPHETS AND THE POLITICAL SPIRIT 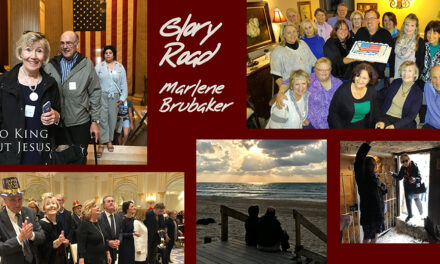 THIS 2-22: YOU ARE BEING GRADED FOR AN UPGRADE!