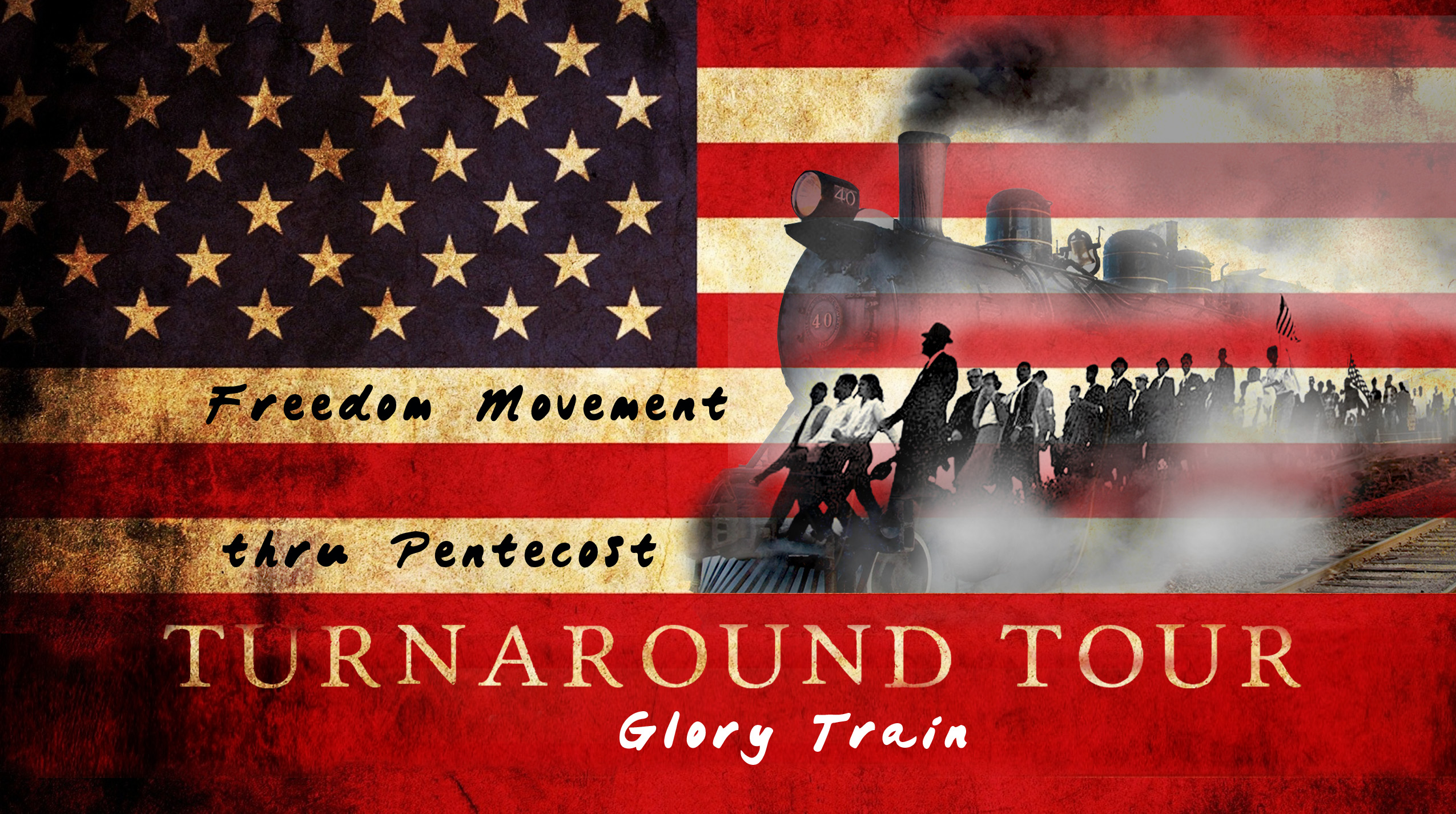 Chuck Pierce, Mothers Day—This move that I am releasing in the earth is a move of GLORY. For I am bringing back the glory that was lost…

MOVE OF GLORY
I awoke this morning to an amazing discovery. Chuck Pierce actually prophesied about the restoration of God’s glory… this Mothers Day! On the very same day that we witnessed the birthing of the “Glory Revolution” with Georgia apostolic leaders Jacquie Tyre, Vanessa Battle-Pittman, and Lynn Alderson.

To bless you, I have provided our audio message above from Mothers Day, free of charge. Be sure to listen.

As Jacquie describes, we are still in awe from our time together. She wrote an amazing summary of the evening as well as the Glory Train journey through Georgia. We are so excited she will be sharing on tonight’s call! Jacquie’s posting follows Chuck’s prophecy.

“What you are seeing in the earth in this hour, know that it is not just a move of revival. Although I will revive My people in a new way, this is not a move of revival. This is not just a move of restoration, though surely I will restore in this hour. I will restore what the canker worm and locust have eaten away, and the losses of the last season.  But this is more than restoration. This is more than a move of transformation, but know that I will transform; I will make all things new.

This move that I am releasing in the earth is a move of GLORY. For I am bringing back the glory that was lost, even at the fall. My people shall release a move of glory in this hour, and this glory shall brighten up the dark places of the earth. My glory will come and bring change.  Darkness will not be able to overpower My glory, but My glory will overpower darkness.  This is your finest hour! Let the glory come — even the glory that was upon My Son on the Mount of Transfiguration. It was the glory that was released. It was not just on My Son, but I have put it into My sons and My daughters — that same inheritance of glory.  This is the time I release My glory to brighten up and bring light out of darkness in this new season.”

Jacquie Tyre—A Glory Revolution is Birthed!
After the Glory Train Turnaround Tour with Jon and Jolene Hamill, things have suddenly made a “turn around!”  The tour had already ministered throughout Georgia, in Brunswick, Conyers and Cartersville, when our apostolic center hosted the Glory Train this Mothers Day. Here are a few observations that honestly we are still finding difficult to put into words:

• Georgia has been blasted with the GLORY OF THE LORD as The Glory Train rolled in, birthing turnaround in our Nation and Georgia’s prophetic mantle as both a “GOVERNMENTAL GATE” State AND a “RECONSTITUTION” State positioned it as a fulcrom for this turnaround.

• Prophetic signs and wonders occurred in Brunswick signaling the breaking of the waters for the birthing of a Revolutionary Glory Revival Movement – explosions of fireworks, followed by train whistles all in sequence with messages and prophetic proclamations being released at just the right time in confirmation of previous words received from the Lord on His signaling His confirmation of a new move coming forth. (You can’t make this stuff up!) The Remnant Church with Pastors Jamie & Redonnia Jackson hosted The Glory Train and I’m sure they have much to share!

• The Turnaround Tour Glory Train visit into metro-Atlanta began with a prayer strike in downtown Atlanta to deal with systems and structures linked to Baal/Eyptian/Masonic foundations affecting our region.  God assembled a powerful team joining Jon & Jolene for this prayer strike with Dr. Venessa Battle-Pittman, Ed & Lynn Alderson, Darrin & Amanda Shiflett, Joyce Parker and myself.  It  was powerful with the winds of the Lord blowing at strategic times in affirmation of the declarations and decrees. This is directly related to the rising revolution of glory for our nation that has been prophesied.

• The East Gate of the city was opened on Thursday night as the Glory Train gathered in Conyers for a powerful night of worship and prophetic release of God’s intended purposes over our city, state, and territory.  The opening of the East Gate was graciously hosted by Pastors Tim and Debbie Hogg, at The Father’s House.

• Cartersville, with gatherings hosted by Rocky & Mary Abernathy of the Cartersville House of Prayer, was powerful as God connected the dots to many prophetic words, seasons, and purposes related to the Glory Train coming from Cartersville into Atlanta (See www.glorytrain.us for more details on the prophetic journey), linked to the Moravians prayer and evangelism, and Sam Jones a powerful evangelists that impacted the nation in the late 1800’s and early 1900’s.  A couple of prophetic words related to a movement being birthed out of Georgia that would be “Undeniably Jesus” (Jolene’s prophetic word) and the rising of eagles of the Lord out of the fires of glory to go into the nations. Decades ago, Bob Jones prophesied the Glory Train would come to Cartersville GA with holy fire, and then to Atlanta. Renown regional leader Rocky Abernathy tells the story of this historic roundtable, held in the home of legendary revivalist Sam Jones. Bob Jones, Sam Jones, Glory Train. You just cannot make this up! Click here to view.

• Sunday night at CityGate Atlanta on Mother’s Day the birthing of the Revolutionary Glory Revival came forth with a commissioning for all who will agree with the Lord to “pay it all” for His purposes to be manifested in the earth.  Jon Hamill proclaimed that the Train that had been going in the wrong direction in the US has made it “hairpin turnaround” in Atlanta on Mother’s Day.

• As prophesied by Chuck Pierce in a vav year of 2006, in another vav year of 2016, the birthing of revolution has come forth and the remnant of the people of God have taken their place as revolutionary freedom fighters to advance the Kingdom of God on earth as in heaven in our generation.

• The “freedom movement” baby of “revolutionary glory revival” has been born and now we must be about the work of nurturing, feeding, protecting, and maturing what God has brought forth for His glory alone.

• Out of Georgia the glory train was sent to travel and carry the message and glory of revolutionary revival – a freedom movement into the nations.

May We All Be Found Faithful!
Throughout the weekend there was a convergence of prophetic words, promises, knowings, activities, and purposes that has left us quite challenged to adequately express the shift that occurred.  All we do know is that God did a significant work and birthed a new movement that is vitally important for the future of God’s purposes in the earth in our generation. May we all be found faithful to serve His purposes in our generation well, even as it is said of King David.

In the midst of this weekend, as I was sharing with Anne Tate along the way, she wanted to be sure we had Chuck Pierce’s prophetic word from April 24.  This is a word that must be strategically watched and prayed over during this season.  Let’s align our hearts with the purposes of the Lord and respond in faith to see the Tabernacle of David “exemplified and emerging in the earth” – this is truly the essence of the headquarters of revolutionary glory revival, even as it was in the days of King David:

• Starting Monday (April 25), through October the 20th will be the most tumultuous, confusing time this nation has known in over 160 or 170 years.

• We have now crossed over into a time that will determine our future. I want you to know how you are connected in the Body of Christ. I want you to know the Body of Christ will not be the same. This is a time that America determines its future, but understand this: this is a time that the Kingdom of God and those leading it move into their next identity. This is probably our most key intercessory time. We have entered into a time of the Tabernacle of David being exemplified and emerging in the earth. This will affect all religious culture across the earth. We decree that we are willing to be that Judah expression that creates the prototype for the future. In black America and the African nations, the expression of God will unseat a wrong movement that will also vie for authority in days ahead. The Asian church will rise up and create a prototype we’ve never seen. And you are going to see Israel come into its greatest conflict since 1967. Hear me – we have entered a new season! Let’s let Judah arise. Apostolic centers like this must now create a new prototype.

Our next gathering with Ap Tim Sheets is a God-orchestrated “next step” of aligning and releasing the angel armies to partner with us to bring God’s purposes fully to fruition in this hour.   Plan now to be a part of this strategically, important ONE NIGHT event:  June 3rd at 7:00 pm.  No registration fee, but registration is required due to limited seating.  Link to Register

Filled with awe and wonder over all God is doing in our days….

ALL ABOARD — For His Glory!
GLORY TRAIN IN DEEP SOUTH! 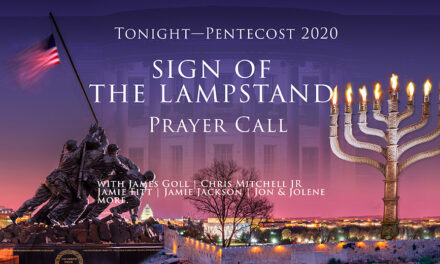