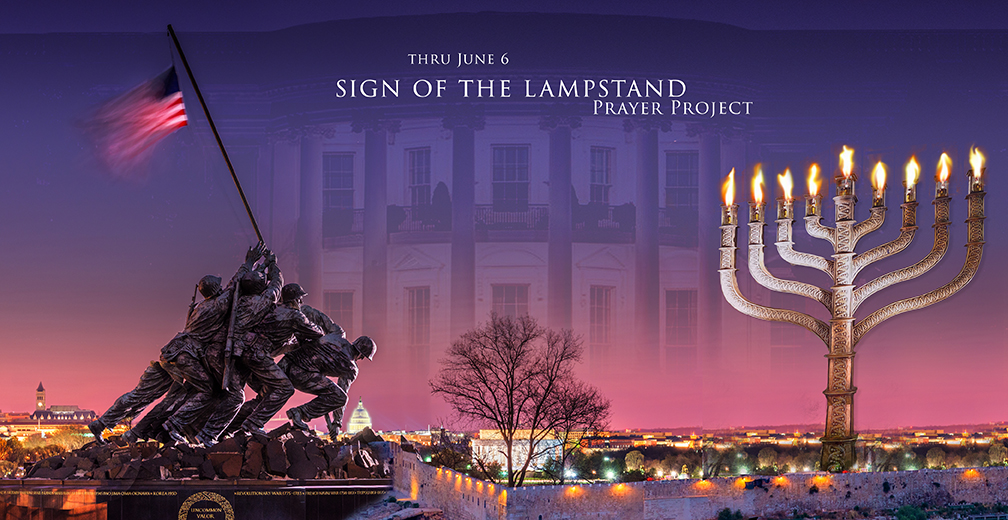 PRESENT YOUR COSTLY OFFERINGS TO THE LORD—CLICK HERE.

JAMES GOLL JOINS SUNDAY CALL MAY 31! 9-11pm ET Pentecost Sunday. Also Chris Mitchell Jr, Jamie Jackson, Jamie Fitt, more. God is establishing a generational altar! Together we will present our costly offerings, receive communion, and light our lamps of covenant to the Lord across the nation. Releasing the Sign of the Lampstand!

JAMES GOLL shared an astonishing, forerunning word on the Thursday’s Zoom Call we hosted with Jamie Fitt. Pentecost marks the release of a new wineskin for this new era. See how the fire of God will be released! CLICK HERE TO WATCH.

DEAR SHAVUOT WATCHMEN,
FIRST—THANK YOU FOR YOUR GRACIOUS GENEROSITY! We have one more day to present to the Lord our costly offerings on the altar of covenant mercy He has granted us.

SECOND—JOIN US TOMORROW for a special call ushering us fully across the threshold into Pentecost. James Goll will be joining us as a man on fire, along with our team. We will watch together how His altar of mercy prevails over foreign altars fueling hatred, covertly funded by foreign financiers seeking to destroy our land. We will watch together how holy fire prevails over the unholy fire that has ravaged the most vulnerable communities in our nation.

I will share more on tomorrow’s post, but briefly here’s how to prepare. Please build your covenant altar incorporating a special lamp—a candle—or a menorah. Tomorrow across Washington DC and the nation we are going to ignite our lamps together as an apostolic action governmentally releasing THE SIGN OF THE LAMPSTAND.

And together lets bear witness to God’s Kavod upon His altar.

Two Prophecies Coming to Pass Before our Eyes!
Actually there are far more than two. But for time’s sake tonight, lets just highlight two.

We’ve been sharing incessantly since October that we are entering a new season of possessing our inheritance, and that Shavuot 2020 marks this time. Together we have been presenting the Lord our costly offering, knowing that He is unlocking and unleashing His covenant inheritance. Including the establishment of a generational altar to forge our future, and the igniting of the engines of national economic resurgence. From Zechariah 4, the sign of the lampstand conveys how God is releasing not only His fire, but a perpetual flow of oil or provision for your lamp to keep burning!

Inheritance Released! Well… leave it to our forerunner friend Lynnie Harlow to again become a sign of the times. We received a text this morning which will amaze you.

TESTIMONY: CALL IN YOUR GENERATIONAL INHERITANCES!
In May of 2019 I went into the courts of heaven after losing a huge inheritance. My cry to the Father was this was NOT His best for me and I asked that every lost, stolen, and squandered inheritance through my generation line come back to me.

A few months later I got a call from an oil company in Texas named “Noble Oil”. They informed me that they wanted to lease our land that was mineral rich to produce oil. I had NO idea I even owned part of this land. It had been hidden until I went into heaven and God brought it to light. I now am getting royalties from 3 wells on this land.

Today I woke up to an email from my cousin in Texas. Land that is owned by my grandmother’s side also has already established wells working on their land. I was contacted because they needed my personal information as I’m now going to start getting royalties from these wells. I’m blown away at God’s absolute faithfulness of replevin to all things lost. CALL IN YOUR INHERITANCE!!!!!

Can’t make this stuff up, friends. Seriously. May the Lord unlock to you the inheritances He has ordained for you, including wells of perpetual provision!

Freedom Movement on Shavuot! The river of God’s power is moving. We have long shared how Shavuot 2020 marks the date when the “freedom movement” joining the miracles of Exodus and Acts really breaks forth. And the horrific death of George Floyd, pinned down by a renegade Minneapolis police officer, has stirred the nation dramatically to realize just how much this freedom movement is needed. Just as with Moses before his encounter with God, many are trying to obtain the promise of this movement in a wrong or immature way. But the fervent desire for a greater magnitude of true justice and freedom, for what we all know is possible, has been awakened. And that’s a step in the right direction.

I was at a train station, above and behind the engine of a large train. As with my original vision of the Glory Train, the train’s engine looked like it was made of pure gold. But unlike my previous vision, this engine was not a locomotive. Instead it looked very modern and new. I knew in the vision the train represented the body of Christ.

I believe the vision represents the Glory Train. The vision conveys how this movement is now moving beyond both the radical left and the radical right. The passengers on this train were all aboard. No room for those who remain with either group. NO ROOM FOR RACISM!

And we, the body of Christ, made up of people from every tribe and tongue and nation, are now moving beyond their sabotage to set a new course for our nation.

We are in a new season. This restoration train is leaving the station! We are advancing beyond the confines the enemy established to both confine us and define us.

As recorded in Acts 2, every tongue, tribe and nation received Power from on high over Pentecost. The church was birthed out of this reality. From the very beginning we were multi-ethnic, multi-national, multi-cultural. And that’s how we will be fashioned to enter His glory at this time as well.

The "Yes" Scepter is Being Extended! Lynnie Harlow's Vision