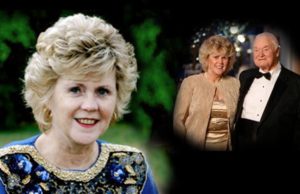 NEW WINE MINISTRIES with Bramnicks, Cooper City Fl. We are stepping into a new season! I consider this one of the most important ministry times of the year. Please join us! 7:00 pm Friday evening, 10:00 am Sunday morning.

Bonnie Jones Tonight—Prayer Project Begins
Lamplighter family, covenant blessings to you on 2-22. Be sure to join us tonight for an powerful call with Bonnie Jones. Today through March 13, the culmination of Purim, we are engaging in the “Crowned Vav” Prayer Project. I’ll share more comprehensively tomorrow on the focus and direction of this project. But we begin tonight!

Below is one of our most important postings for the season.

Isaiah 22:22-23
Many of you are focused on Isaiah 22:22 today. Lets declare that the Key of David continues to be shifted from the Shebnas of this world to God’s Eliakim leadership. He opens and no man shuts. He shuts and no man opens! May the Davidic inheritance entrusted to each of you be a personal delight. May it also become a blessing to multitudes as you steward His work with excellence.

The Lord has us very focused now on the next verse, which is Isaiah 22:23. “And I will drive him like a peg in a firm place, and he will become a throne of glory to his Father’s house.” Our prophetic theme this year is “Thrones of glory.” In many ways, the time beginning now actually ushers us into the period where our spheres become transformed as “thrones of glory.”

5777—This Year God is Crowning Your Vav
But lets look for a moment at the first part of the verse. “I will drive him like a peg in a firm place.” Last year was known Hebraically as the “year of the vav.” The Hebrew word picture for “six” or “vav” is a tent peg—and it very closely resembles a railroad stake.

Symbolically a “vav” is used to join two realms together. In fact, “Heaven vav earth” is the first time this word is used in the Bible. You can also see within the word picture a portrayal of union, even between man and woman.

5776 was clearly a year to stake our claim to our inheritance. For Jolene, me, and the Lamplighter family, this involved launching the Glory Train journey one year ago March 4 in Hawaii, then traveling to all 50 states by November 8. We together staked our claim for national turnaround!

And the miracle that transpired was far beyond our wildest imagination. Back on track!
The Hebrew year 5777 is marked as the “year of the crowned vav.” Seven in Hebrew symbolizes completion and covenant. Because of the formation of the Hebrew word picture, seven is known as a “vav” that is crowned. Imagine this for a moment. “Vav” conveys the potential for union. But it is not covenant until your “vav” is crowned.

This August the Holy Spirit spoke to me about the coming year. “This year God is crowning your vav with His glory and government!”

The context for this experience is important. Because when He spoke to me this phrase, Jolene and I were right in the middle of a DC gathering hosted by Yad Vashem, the Jewish Holocaust Museum. Discussing utterly unimaginable atrocities which should have never been allowed to even begin. Overwhelming our every thought during these meetings is that without a genuine, Holy Spirit turnaround for our nation, including a restoration of holy conviction, this “land of the free” could eventually spiral down the same way.

Turnaround—Averting Another Holocaust
I’m not implying that if elections went a different way the United States would have become the catalyst of a holocaust against the Jewish people, or Jews and Christians together. But if previous policies continued, there’s a good chance America would not have had the political will to actually take action and prevent another holocaust.

Don’t believe me? Just ponder the mass genocide of Christians by ISIS throughout the Mideast as the Obama Administration looked on. Or the horrific Iranian nuclear deal. Releasing billions of dollars to a terrorist nation dedicated to wiping Israel and America off the map. While they are defying many of the precepts of the deal, still pursuing nuclear capacities.

Fast forward to today. With President Trump’s administration, the nuclear deal with Iran has already been countered. ISIS is being relentlessly pursued. And our historic alliance with Israel has not only been reaffirmed but deeply empowered.

All in the span of a month.

“This year God is coming to crown your vav with His glory and His government!” You can already see how the Lord is moving to confirm His word.

Bob and Bonnie Jones—Turnaround & Glory
Early in the Glory Train journey, Bonnie Jones prophesied to us to focus on turnaround for 2016, and for 2016 to focus on the full promise of the restoration of God’s glory. When I inquired about the timing, she told me the story of how her husband Bob Jones believed to his dying day that God would lift his hand of discipline and restore a fuller expression of His glory beginning on March 11, 2017. Exactly 40 years beforehand, on March 11, 1977, Bob saw the word “Ichabod” written over the doorposts of the American church. And just as Ezekiel in his day, Bob saw that the glory was going to lift from our nation.

It’s very important that you mark this. Bob’s unrelenting grief over the loss of God’s glory is what unleashed the travailing prayer for this restoration. The lifting of this season of discipline and the restoration of God’s glory became a defining prayer project for the rest of his life.

And it’s what led to the vision he had of the Glory Train.

This Purim Becomes a Gateway to Glory
It is astounding to me that Saturday evening, March 11, marks the beginning of Purim. A holocaust had been planned against the Jewish people by Haman. But Esther’s intervention brought a turnaround. And I’m telling you prophetically that without our own turnaround we would have been spiraling down towards this same prospect.

Perhaps because of the prayer-saturated word of Bob Jones some 40 years ago, this Purim now becomes an historic doorway into the restoration of God’s glory.

And Lamplighter family it marks for us together the launch of this second phase of the Glory Train project. Taking us immediately to Israel to retrace the steps of King David as he restored the Ark of the Covenant, the Ark of God’s glory, to its rightful place in Jerusalem.

You cannot make this up. Covenant blessings to each of you.

Jolene—Say Yes! Pick Up Your Rod of Authority 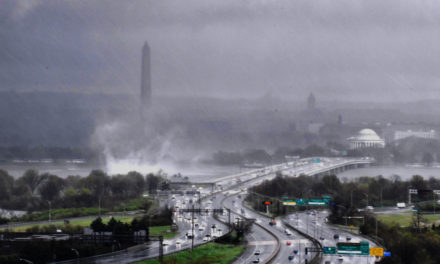 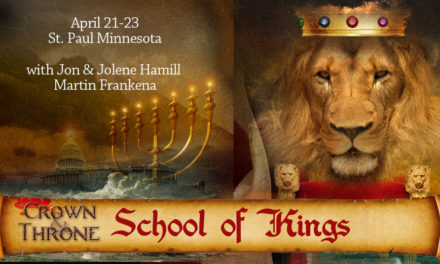 School of Kings Tomorrow! Call Replay! Plus “Call to the Wall” Tonite