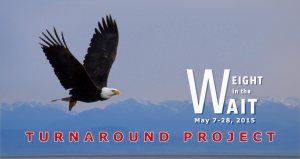 Well! Yesterday was so interesting. The idea that “no news is good news” was definitely affirmed. And you who prayed against potential terror plots deserve medals of honor.

First the Capitol was evacuated. Second, Fox News shared a bulletin that was distributed to military, intelligence, and law enforcement communities warning of a major spike in threats from ISIS in and against the US. The bulletin was apparently distributed right before Memorial Day.

The Capitol evacuation turned out to be uneventful, and as we know from the weekend, the threats against our homeland have so far proven uneventful as well. We prayed that the Lord would receive the glory for this. My guess is that many of “those in the know” are definitely recognizing God’s protective hand. Amen!

All this said, I received a warning dream over Pentecost conveying that things are about to get darker. But through the Lord you can secure your security!

Review—Jezebel thrones and Elijah Thrones
Today’s message really builds yesterday’s posting on “Elijah Thrones,” so lets briefly review. Two thrones are emerging in our land, Jezebel thrones and Elijah thrones. Sections of cities, states, and even regions of the nation are already becoming known for light or darkness, and the demarcation is likely to become even greater in the days ahead. But the good news is that, as of Pentecost 2015, let there be light! God is releasing fresh grace to secure and establish these “Elijah thrones.”

These two thrones are also represented by two tables—Jezebel’s table and the Table of the Lord. Both tables are personal as well as governmental.

Remember that the prophets of Baal ate at Jezebel’s Table (1 Kings 18:19). What does Jezebel serve? In a broad overview, sexual immorality and food sacrificed to idols (Rev. 2:20). Sexual immorality and idolatry are always twined together, empowering each other, because sexuality and worship both directly access the very core of our being.

All that said… Please beware of the food from Jezebel’s table. Refuse it!

Please also remember the context of Elijah’s comment about Jezebel’s table. Jezebel was queen. She directed the provision provided by Israel’s taxpayers to sustain and empower the prophets of Baal, retaining their influence even a time of drought or economic challenge. This is still happening today.

In a dream Sunday evening, I was making a huge leap over an obstacle. The ground was much lower on the other side, but I was literally able to hover in mid-air until I could gently land on my feet. It was easy to see and navigate because everything was very bright, even though it was only 4am. I went back inside a house.

At 7am I looked through a window and discovered it was somehow dark, as if the sun had not yet arisen! In other words, as the morning progressed things actually became darker in the world, not lighter. This is obviously the exact opposite of the progression of earthly time in a day.

As I woke up, my mind immediately flashed to a vision I had received seven years ago. I’ve actually recounted this dream several times to the Lamplighter family.

In the dream, I was at a table outside in Colorado Springs, with Pikes Peak and the front range clearly visible in the background. I talking to Dutch Sheets. Dutch suddenly arose and left the table.

At that point, it was like a dimmer switch in the sky was activated, and everything began to turn dark! The only thing that remained visible and luminous was the table. When it was pitch black, Dutch re-emerged and sat down at the head of the table. I asked him what the Lord was saying, and he declared, “In this year the Lord is granting apostolic authority to release the river of God, and direct its path.”

Wild dream! Lets draw out a few more points from these prophetic experiences.

First, a clear timetable is being portrayed by Dutch’s journey. Shortly after releasing this dream, Dutch went on a sabattical and then moved from Colorado Springs. Just recently, it’s been announced that Dutch and his wife Ceci are planning to return from Texas back to Colorado Springs. Given Dutch’s “re-emergence,” I personally believe the move is a clear indication of the timing we are now in.

Second, it’s now very dark out, even globally. Events have come about that almost seem to defy the natural order. Lawlessness is even being encouraged by government. It’s almost as if we are living in a time pointed to by the prophet Daniel where an antichrist spirit is attempting to change times, seasons and laws (Daniel 7:25).

Third, the darkest hour marks the time of re-emergence. Dutch in the dream represents the forerunner spirit, perhaps the Elijah anointing. Through my dream Sunday and subsequent prayer time, the Spirt of God made clear that Pentecost 2015 marks the hour where God is moving against the darkness to establish His Elijah Thrones. Angelic hosts are being released. Saints are being renewed, delivered and strengthened. Pentecost 2015 represents the opening of this new door.

Fourth, the Table of the Lord alone remains luminous through the greatest darkness. It secures your security! Friends, this Table is your only true seat of safety through these emerging times. Jolene and I encourage you to receive communion regularly, perhaps even daily. The Table of the Lord is a table of intimacy and covenant restoration. It also represents the highest court in the Kingdom of God, where evidence is continually presented to secure for you the full blessings of Christ’s covenant. Judgement in favor of the saints!

Fifth, this Table of Covenant secures your access to Heaven’s counsel. It’s your portal to the Throne, secured by a covenant verdict that is continually upheld by Heaven. Learn to dwell at this Table, personally and in fellowship. Never underestimate the power of sharing communion, and then sharing a meal together with friends. Watch as the blockade is broken and Heaven’s counsel breaks through for you in this season!