PROPHETIC ENCOUNTER AT WESTERN WALL—UPGRADE FOR DIVORCE DECREE FROM BAAL

“The circle of My covenant trumps, triumphs over and prevails against the circle of Baal meant to confine you!” April 2018.

DEAR JURISTS WITH CHRIST,
Something extraordinary occurred a few months ago while in Jerusalem, and my heart has been bursting to tell you.

Today I’m released to share about the prophetic encounter I experienced at the Western Wall over Israel’s 70th anniversary. The Lord directed me to this sacred wall to present to the Him a revised version of the Divorce Decree from Baal. I believe it is activated now as a title deed to your future.

Today is 07-07, by the way. The eleventh anniversary of the Call 07-07-07, where the divorcement of Baal was first globally introduced. Remember that in Hebrew, the number seven symbolizes covenant. How amazing that on July 4 we just celebrated the seventh anniversary of our covenant restoration to the Lord, divorced from all idolatry. Again in a gateway year marking the 70th anniversary of Israel’s rebirth.

Not a coincidence that at this very time, a new window has opened for LIFE! The covenant with death empowering a culture of death has been annulled. God has sevened Himself to us. And now He is working to secure life and harvest, a new birth of freedom!

Your ceaseless labors have helped to lay a covenantal foundation for the breakthroughs we are now seeing. In accordance with His covenant, Jesus is overcoming the deficit of justice in our land. Two free shots have been decreed on the key of the Court. Time for a Daniel 7:22 Supreme Turnaround. Please keep praying! And please utilize this revised Divorcement from Baal in your pleas before Heaven’s Court this weekend.

Divorcing Baal
If you are new to the concept, the divorcement from Baal is a movement to see the annulment by Heaven’s Court of covenants previously entered into with occult forces (see Isaiah 28). The first two chapters of Hosea will really open your eyes to the reality that God considers idolatry a violation of His marriage covenant. And to legitimately receive the blessing promised to those in covenant with the Lord, this divorce from Baal is mandated.

After the Call Nashville on 07-07-07, the movement to divorce Baal was carried forward by John Benefiel and Cindy Jacobs  and their respective prayer networks HAPN and RPN. To satisfy the demands of Heaven’s Court, we prayed onsite at more than 10,000 altars of historic idolatry nationwide.

The effort remains the largest and most comprehensive repudiation of idolatry in American history. That’s quite a statement! And our nation has turned as a result.

Divorce Decree—Why an Upgrade was Necessary
A few weeks before leaving for Israel, I had a revelatory flash from the Lord. The Divorce Decree from Baal needed a few revisions to more accurately reflect Heaven’s heart and verdict. A primary aspect the Lord wanted to upgrade concerned the “offspring of the marriage” between Baal and the people of God. The previous decree declared over “all offspring” that “no life remained.” But as you will see, biblically the Lord actually chooses to adopt the offspring. God chooses LIFE!

And that’s a major reason it was so important to release the upgraded version for this weekend.

When I approached Apostle John Benefiel about potential revisions, he immediately picked up on what I was perceiving. True to his nature, he also immediately tasked me with revising the decree…

That kind of freaked me out. Most of you know how highly I regard the Divorce Decree. Its role in turning our nation is unmistakeable. I’m grateful for Apostle John and Yolanda McCune for helping me process revelation and pursue language that more precisely conveys God’s heart. It is with their blessing I’m sharing this today.

To the Offspring—“You Are My People!”
As mentioned, the first two chapters of Hosea really opened my eyes. Hosea portrays in marital terms the compromise in covenant between God and His people. The Lord actually divorces His bride—covenant annulled! Further, her children are disowned by Him, just as the previous decree conveys. Hosea records this action in unflinching terms.

But then in an astonishing way the Lord restores His Bride to Himself. Her divorcement from Baal becomes the pivot point for her turnaround. The Lord then makes a really audacious move. He actually claims all of her offspring for Himself! He declares to the land, “Married to Him.” He then declares over all offspring, “Adopted—no longer illegitimate. Curse broken. You are now My people!”

“And in that day, declares the Lord, you will call me ‘My Husband,’ and no longer will you call me ‘My Baal.’ For I will remove the names of the Baals from her mouth, and they shall be remembered by name no more… And I will have mercy on No Mercy, and I will say to Not My People, “You are my people!” And he shall say, ‘You are my God.” (Hosea 2:16-17, 23).

Friends, this is great news for all who have been compromised by present or generational ties to Baal. Faced with the scrutiny of Heaven’s Court regarding our deficits, we could all be considered “offspring of this marriage.” I’m so grateful the Lord initiated this change in language to better reflect the everlasting precedent set by Heaven’s Court through Jesus Christ. Your sins are forgiven. You’ve been adopted! All curses of illegitimacy can be broken.

This change in language is key to close any potential legal doors for the enemy to challenge us. Equally important, it’s key to accurately convey Christ’s heart for those yet to receive Him. Family and friends. Visitors to lodges and mosques, covens and clinics. The addicted. The abused. The countless Christians who compromised with Baal in hopes of more pleasure, wealth or power, only to discover the horrific price they were required to pay.

The seducers and the seduced. The harvest.

Summoned to the Western Wall on Israel’s 70th
It wasn’t until April 18, Israel’s 70th anniversary, that the Lord granted a release to finally write this revision of the Decree. Language began to form in my spirit as Jolene and I flew from Washington DC to Tel Aviv. The Lord clearly directed that all offspring of this marriage were to be immediately entrusted into the custody of Heaven’s Court.

On Saturday, April 21, I visited the Western Wall and received clear direction from the Lord for this incredible assignment. First, I was to return the next day and present the revised Decree at the Western Wall. Second I was to pray this Divorce Decree for the complete remission of the empowerment of idolatry by US leaders who helped oversee the rebirth of Israel 70 years beforehand.

Note that the Western Wall-Temple Mount-City of David is the only geographic location on earth specifically claimed by the Lord in the Bible as His Throne. But the former site of Solomon’s Temple is also claimed by Masons, who claim Solomon in his idolatry as the founder of their fraternal order.

That said, it’s a key piece of real estate. Ever since we started coming to Israel I have petitioned the Lord to pray governmentally through the Divorce Decree at the Western Wall, with no release in my spirit.

Until Israel’s 70th. With the revised Decree.

Prophetic Encounter at the Western Wall
On April 22 at the Western Wall, I was honored to present the Divorce Decree before Heaven’s Court. The presence of the Lord was unusually strong, and I found myself weeping uncontrollably through much of the prayer time. God’s response was immediate. Though I’ve been touched my spirit many times at the Western Wall, this was the first time ever the Lord granted a prophetic experience with Him.

I saw a vision of Heaven’s Court above the Temple Mount. The Judge’s gavel came down immediately, granting the revision of the Divorce Decree. It was literally as though the Lord couldn’t wait to render this verdict. The gavel itself penetrated downwards through layers of the Temple Mount into caverns below.

I also saw stacks and stacks of paper in the Court, which I knew represented every time the Divorce Decree had ever been presented across the globe. It looked to me like an ocean of paper. I saw the revision entered into the original decree with what looked to be a feather pen. It was then recorded on each of the decrees stacked in Heaven’s Court.

As the vision continued I saw a beautiful white covering, like a sheet, connecting Jerusalem and Washington DC. There was a very dark thread sown into the sheet. I saw the Lord completely extract this dark thread! This represented God’s verdict regarding the idolatrous ties which had connected our lands. Removed. The covenant ties REMAIN.

After 70 Years of Captivity, Justice and Freedom at Hand
The vision then ended, but revelation continued to flow. I “saw” by the Spirit how Daniel read the scrolls of Jeremiah and perceived that after 70 years of captivity the Lord would bring an exodus into freedom. This “70 years” was applied directly to the 70-year anniversary of Israel’s rebirth as a nation. A new movement has begun!

A prophetic word the Lord spoke to me at the White House earlier in the week then literally resounded within my spirit. “The circle of My covenant trumps, triumphs over and prevails against the circle of Baal meant to confine you!”

I believe that after 70 years, Israel and America together are entering into a new movement of liberty and justice ordained by Christ. The Lord also clearly spoke to me at the Wall that we must no longer tolerate the boundaries the enemy established to confine us—and even define us. His title deed has been granted. We are entering into freedom and inheritance. He alone is worthy to define our legitimacy. He alone is worthy to define our portion, and position us for the future!

The prayer time concluded, with no manipulation, at exactly 2:22 pm Jerusalem time. On my watch it was 7:22 am Washington DC time! Another incredible confirmation the Lord has granted a Daniel 7:22 turnaround—judgement in favor of the saints! Can’t make this up.

I want to again thank Apostle John Benefiel and Yolanda McCune for their collaboration. Below is the Divorce Decree from Baal, with revisions entered into Heaven’s Court at the Western Wall.

Please make use of the Decree through the weekend as you approach the Bench for this Supreme turnaround. Thank you for your prayers. NO KING BUT JESUS!

THE HIGHEST COURT OF THE KINGDOM OF GOD

IN RE THE MARRIAGE OF:

THE PEOPLE OF GOD, Plaintiff
versus
THE PRINCIPALITY OF BAAL
Defendant (Incl. Baal, Queen of Heaven, Leviathan)

DECREE OF DIVORCE*
This matter comes on for hearing before the Supreme Judge of the Highest Court of the Kingdom of God on the petition of The People of God seeking a Decree of Divorce from the Principality of Baal, the Defendant in this matter (ref: Hosea 2).

THE JUDGEMENT
WHEREFORE, this Court being fully advised in the evidence does find for the Plaintiff and against the Defendant in all matters material to the Plaintiff’s Petition of Divorce, and does by this decree grant the Plaintiff a Divorce and all requests set forth above. That being the Order of this Court, from and after this date, so shall it be. 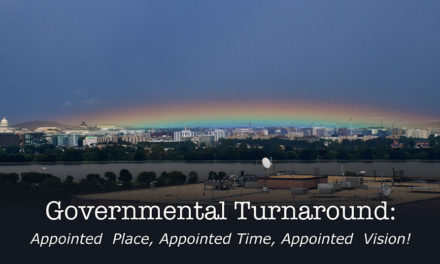 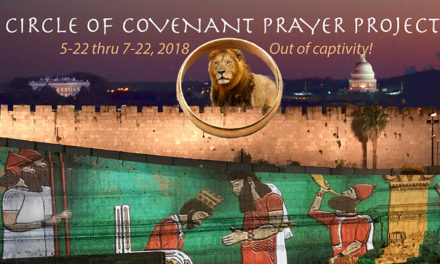 No Room for Racism in This Movement! A Prophetic Perspective